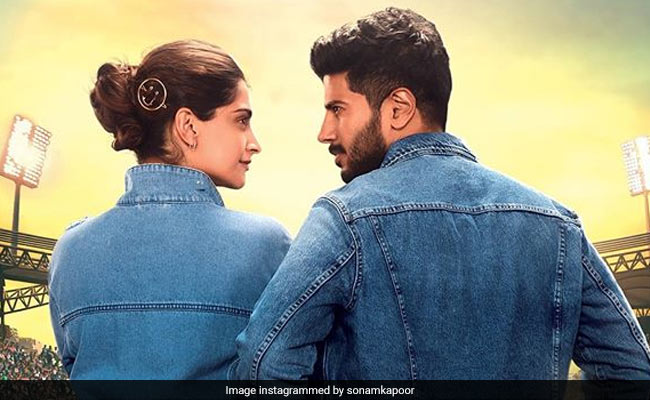 A glimpse from film The Zoya Factor. (Image courtesy: Instagram)

Earlier, the film was slated to release on April 5 this year. However, the makers changed the release date to September 20, 2019. Introducing the film in March last year, Sonam Kapoor shared a post with the film's poster, in which she with her co-star Dulquer Salmaan could be seen holding a copy of the novel with their character's name written above them. Sonam wrote: "Super happy to be a part of this unique story #ZoyaFactor, an adaptation of Anuja Chauhan's bestseller."

The Zoya Factor, which is Sonam and Dulquer's first collaborative project, is about a girl named Zoya Singh Solanki, who meets the Indian Cricket Team through her job as an executive in an advertising agency and ends up becoming a lucky charm for the team in the 2010 Cricket World Cup. However, Zoya falls for skipper Nikhil Khoda (played by Dulquer Salmaan), who doesn't believe in luck and superstitions.

The Zoya Factor is directed by Abhishek Sharma and it will mark Bollywood debut of Dulquer Salmaan.