Sonam Kapoor Changes Her Name To 'Zoya Solanki' On Instagram 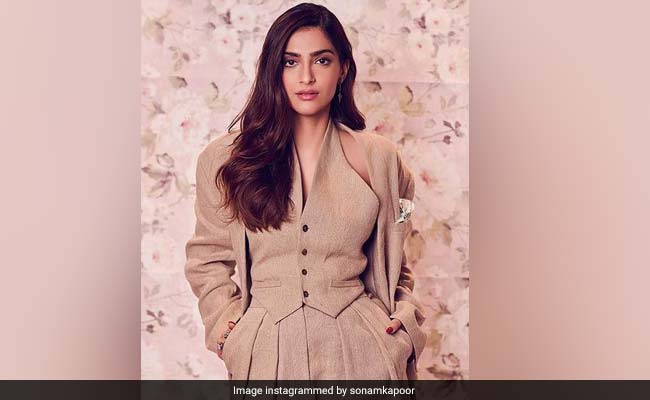 Anyone who has been avidly following Sonam Kapoor on social media would have noticed that the actress recently changed her username and updated her Instagram bio, cryptically hinting at her forthcoming film The Zoya Factor. In case you still haven't noticed, Sonam Kapoor has changed her username to 'Zoya Solanki' on her official Instagram account and 'Zoya Singh Solanki' on her Twitter handle. That's not it, the 33-year-old actress has also updated her Instagram bio to "Lucky Mascot," while her Twitter bio reads: "Lucky mascot of the Indian cricket team." Sonam Kapoor has changed her name on social media as a part of The Zoya Factor's promotional activities. 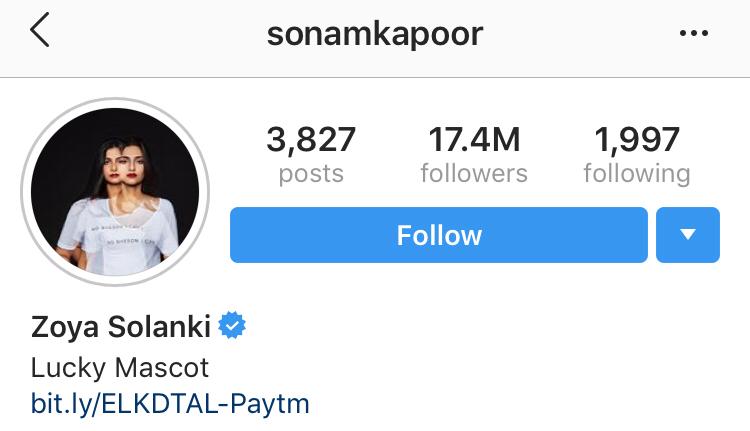 Sonam Kapoor will be seen portraying the role of an advertising agency executive and she will also be seen sporting permed hair in The Zoya Factor. Dulquer Salmaan will be seen playing the role of Nikhil Khoda, the captain of the Indian Cricket team in the film. Apart form Sonam and Dulquer, the film also features Angad Bedi and Sanjay Kapoor in pivotal roles.

Sonam announced her association with the film on social media last year. She tweeted: "Super happy to be a part of this unique story The Zoya Factor, an adaptation of Anuja Chauhan's bestseller."

The Zoya Factor is based on Anuja Chauhan's bestselling novel of the same name. The film is expected to release on April 5, 2019.