'When I Used To Shave': Milind Soman Shares Pic Of 24-Year-Old Self

Dated 1990, the photo of Milind Soman appears to be from a photoshoot and is from just two years after he delved into the modelling industry in 1988 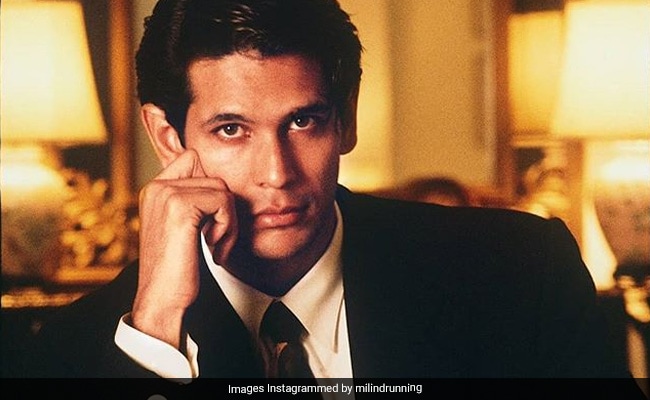 Actor-model Milind Soman made our day with his Throwback Thursday post. Guess what he did? He took a trip down the memory lane and dug out a photo of his 24-year-old self. Milind Soman, who will celebrate his 54th birthday in November this year, shared his photo from almost three decades ago, with an interesting caption, revealing three quirky things about himself: "When I used to shave, wear suits and shoes, age 24." Dated 1990, the photo of 24-year-old Milind Soman appears to be from a photoshoot and is from just two years after he delved into the modelling industry in 1988. He was just 22 then.

In the Throwback Thursday post, a suited Milind Soman can be seen posing with a pair of spectacles, with a teasing look in his eyes. Needless to say that fans on his Instagram went crazy and alluded to Alisha Chinai's song Made In India in the comments section. "Mr India," read a comment while another added: "Made in India!"

#ThrowbackThursday 1990 when I used to shave, wear suits and shoes age 24..

Here's another glimpse of what happens when Milind Soman is in a throwback mood.

Milind Soman, who had an illustrious career as a model, became a popular face after featuring in Alisha Chinai's Made In India, which released in 1995. He became a household name after headlining the TV series Captain Vyom later in the Nineties. In Bollywood, Milind Soman has starred in films like Bajirao Mastani, Jurm, Bheja Fry and others.