What Kajol Posted About Her Airport Look

Kajol's sister Tanishaa Mukerji, who is also an actress, had a sister-chat with Kajol on her airport look post 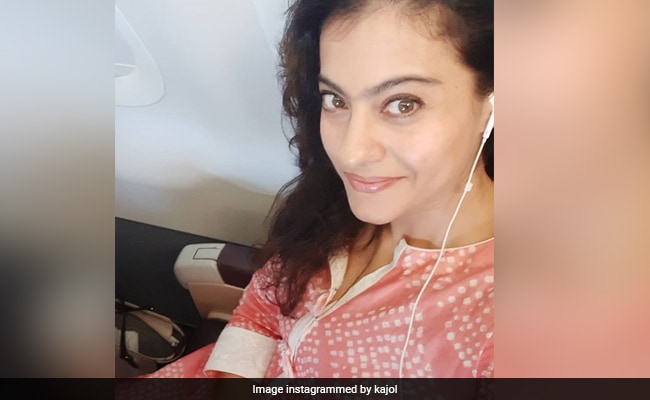 Kajol is a frequent flyer and is often spotted at the Mumbai airport comfortably dressed to travel and it looks like she doesn't endorse OTT airport fashion or exaggerated airport looks. On Wednesday, Kajol posted a selfie of hers from a flight she was on board just to make a point about the much discussed 'airport look.' Simply dressed in a pink salwar kameer, Kajol posted a selfie on Instagram and captioned it: "Posting my own airport look" with two ROFL emoticons. Kajol's no make-up look was cheered for on Instagram a user wrote: "You look beautiful, no matter what."

Kajol's sister Tanishaa Mukerji, who is also an actress, had a sister-chat with Kajol as she commented: "Why didn't you put a green screen and digital effects in the background!" LOL.

Posting my own airport look .... Listening to Cheap Thrills by Sia 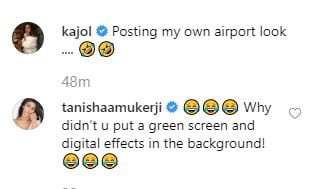 When travelling alone, Kajol's airport wardrobe is more relatable to fans than most Bollywood celebs. When flying with her family, Kajol's wardrobe is in complete mom-mode, as you can see below. 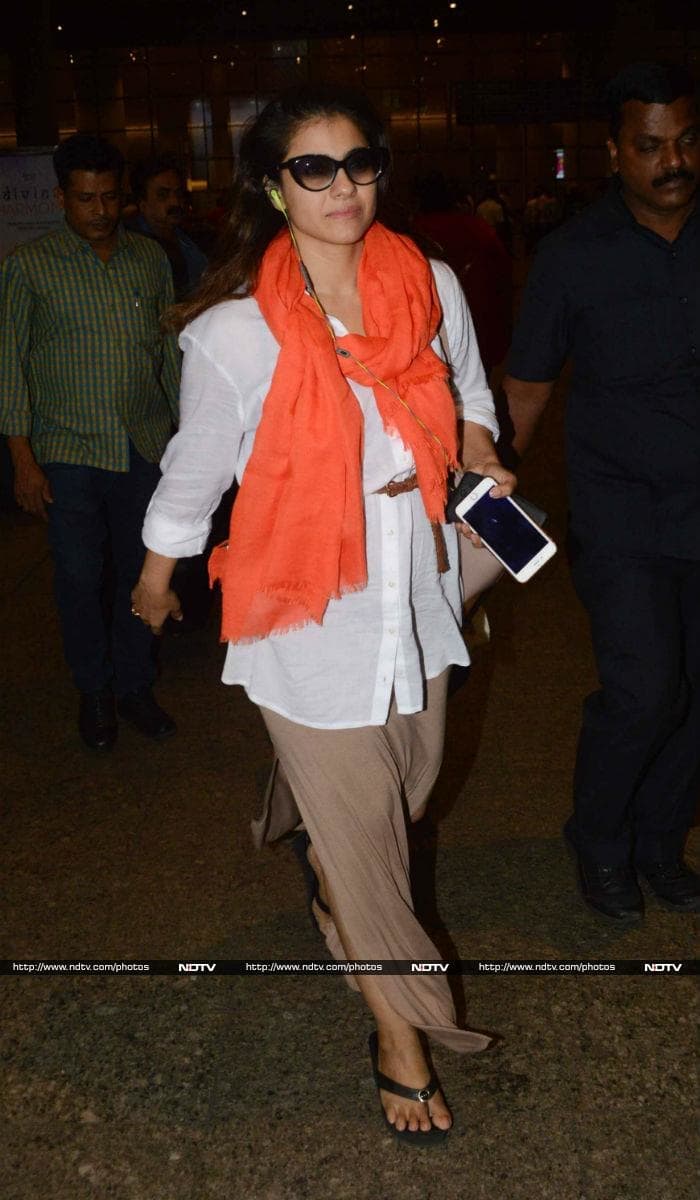 Actress Kareena Kapoor was the first Bollywood celebrity to debunk the airport look myth, saying there's a lot of pressure on stars to look good while all they want to do is have a comfortable travel.

On Koffee With Karan's last season, Ajay Devgn revealed Kajol may be a Bollywood star but she's pretty "low maintenance". Ajay talked about her online shopping spree as opposed to buying branded bags and clothes, when she said: "I'd rather put my money in fixed deposits than spend on something expensive that has no bloody returns."

Kajol was last seen in Helicopter Eela and she has a small role in Ajay Devgn's upcoming film Taanaji: The Unsung Warrior.