Sorry, Ajay Devgn, if you were trying to troll your wife (all in good humour, of course), better luck next time. 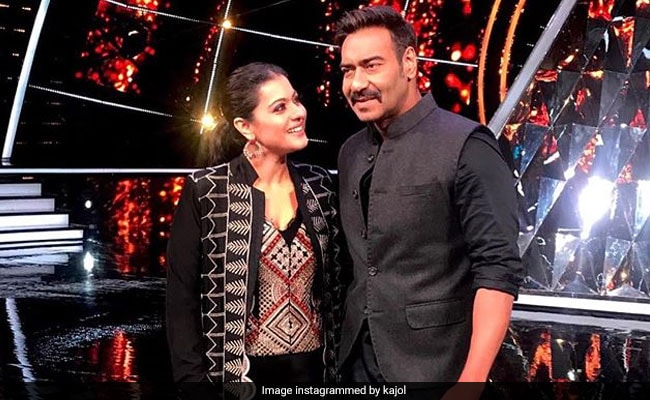 We can all relate to Kajol's photo of birthday chill, as posted by her husband Ajay Devgn. Looks like Kajol started her special day on a lazy note, something which was captured by Ajay Devgn and posted on Instagram with the caption: "Wake up! You do not need your beauty sleep, as yet." In the photo, Kajol can be seen relaxing in the balcony and it actually looks like she's sleeping but she clarified in the comments section that she's just getting into the holiday mood. "I'm awake. Just found out Yug doesn't have school. Its holidays all around," she commented. Sorry, Ajay Devgn, if you were trying to troll your wife (all in good humour, of course), better luck next time.

In Mumbai, the BMC has declared a holiday for schools and colleges on Monday in light of the torrential rainfall over the last few days.

Wake up! You do not need your beauty sleep, as yet. @kajol

Meanwhile, Kajol celebrated "all birthdays everywhere" with her birthday post for her own self:

A bittersweet day today. A reason to smile ... and a reason to not. The day u were born you created a ripple in the pond of humanity. So whenever and wherever u are born just remember that you matter. You are special. To all birthdays everywhere. #birthdayselfie #loveyourself #youmatter

Whether Ajay Devgn had Kajol's approval before posting his quirky birthday greeting for her or not is not known but this reminded us that earlier last year, Ajay Devgn had revealed on Koffee With Karan that Kajol is immensely fussy when it comes to posting pictures on social media: "Problem is not clicking the pictures. Problem is... three hours they are sitting and correcting them so they can post it."

Ajay Devgn and Kajol married in 1999 and are also parents to teenaged daughter Nysa. Yug will celebrate his ninth birthday this year.

On the work front, Kajol was last seen in Helicopter Eela while Ajay Devgn is looking forward to films such as Bhuj: The Pride of India and Taanaji - The Unsung Warrior.