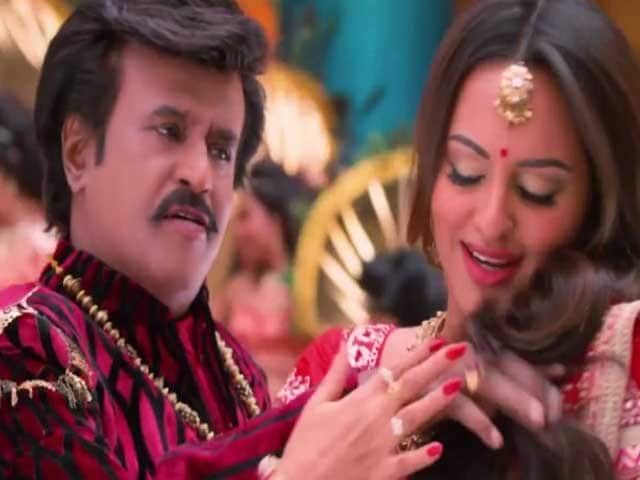 A still from Lingaa

Tamil superstar Rajinikanth's family is extremely happy about the response by fans to his film Lingaa that released on Friday. They watched the film in the Albert Theatre in Chennai, the Ground Zero for Rajini fans.

Sporting a Lingaa T-shirt, Actor Dhanush, Rajinikanth's son-in-law said, "Watching the superstar's movie is like a festival for my family."

"He is priceless and precious," Dhanush added when asked about Rajinikanth becoming the highest paid actor in India.

Rajinikanth's wife Latha said, "He looks amazing, I just have no words." Commending her husband on effortless romantic scenes with Sonakshi Sinha, an actor much younger in age, Mrs Rajinikanth added, "He does it so well and I'm excited".

The superstar's younger daughter Soundarya Rajinikanth said, "Lingaa is amazing, and it's very emotional to watch with fans."

Lingaa, a 100-crore project, is seen as Rajinikanth's come back movie more than four years after his blockbuster Endhiran. The buzz is that Rajini was paid Rs. 60 crore for the movie and it was sold for around Rs. 185 crore.

Promoted
Listen to the latest songs, only on JioSaavn.com
Lingaa has been directed by K S Ravikumar, and the film's music composer is A R Rahman. Rajinikanth, who dons two roles, has Sonakshi Sinha and Anushka Shetty as leading ladies.

The producers had to deposit Rs. 3 crore to the Madras High Court on Thursday following the court's order on a petition by another director who claims team Lingaa had stolen his story.