The picture from the party is trending big time 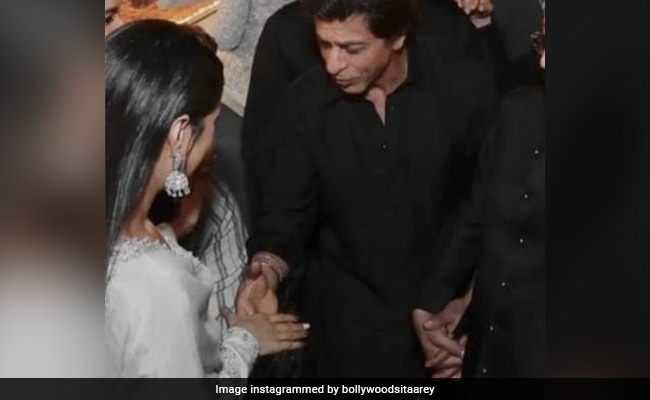 At Baba Siddique's star star-studded Iftaar party, Shah Rukh Khan, Salman Khan, Shilpa Shetty led the celeb-roll call. Also present at the bash was TV star Shehnaaz Gill. A picture of Shah Rukh Khan meeting Shehnaaz at the party is going viral and has been curated by several fan pages dedicated to both the actors. At the party, SRK showed up in a black pathaani suit, looking charming as ever, while Shehnaaz Gill looked pretty in white ensemble. Also pictured at the bash was Salman Khan, who has worked with Shehnaaz in Bigg Boss 13, where the actress was one of the contestants.

Other than that, Shah Rukh Khan also backed the film Love Hostel, which starred Bobby Deol, Sanya Malhotra and Vikrant Massey in the lead roles.