Viral: Pic Of Shahid Kapoor With 'Sun' Zain. Seen Yet?

"The sun," Shahid Kapoor captioned the picture with Zain 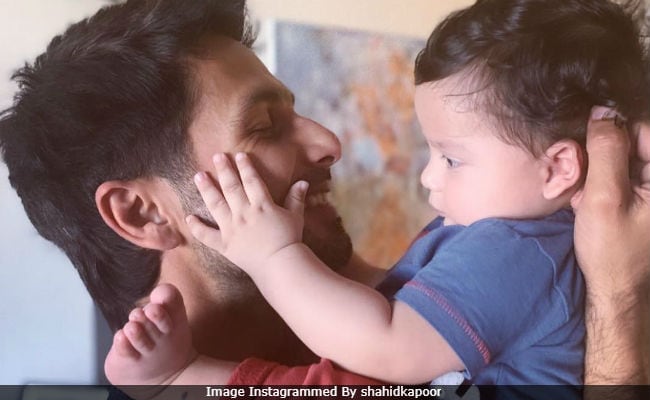 Shahid Kapoor treated his Instafam to a picture of himself and son Zain on Saturday. "The sun," the actor captioned his post. In the picture, six-months-old Zain is cradled in Shahid's arms and holds his face. This is the first photo Shahid has posted with Zain and it quickly went viral with 7 lakh likes and counting in just three hours. Celebs like Deepika Padukone, Kriti Sanon, Katrina Kaif, Sonakshi Sinha have also liked the photo including Mira Rajput (Shahid's wife) and Ishaan Khatter, his brother. Ishaan also commented on the father-son duo photo with a heart emoticon while actress Kiara Advani, who co-stars with Shahid in Kabir Singh wrote, "OMG," adding a few heart-eyed emoji.

Here's the photo Shahid posted with his 'sun.'

Mira Rajput had earlier shared a couple of pictures with Zain. Remember this 'limited edition' picture?

On New Year's, she lit up Instagram with a family photo. In the photo, their daughter Misha, 2, was seen seated on Shahid's lap while Zain was sleeping in Mira's arms. "Grateful to the year that made us complete," read Mira's caption.

This was how Mira introduced Zain on social media.

Shahid Kapoor and Mira Rajput married in July 2015. Misha was born in August 2016 and the couple welcomed Zain in September 2018.