Turns Out, Priyanka Chopra Wasn't Joking At The Jonas Brothers Roast When She Said "Nick And I Are Expecting"

Priyanka Chopra was a part of the Jonas Brothers Family Roast 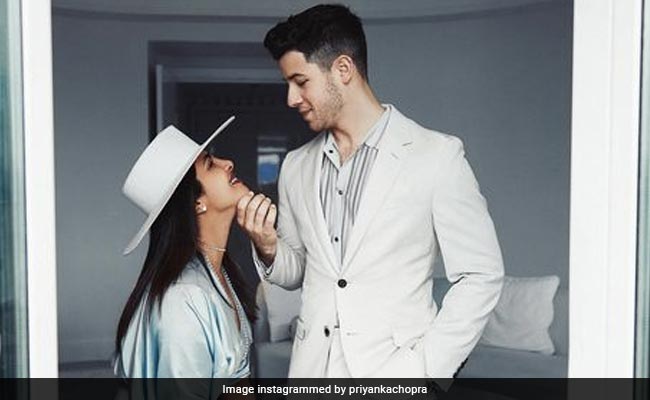 Almost two months before Priyanka Chopra and Nick Jonas welcomed a child via surrogacy, the Quantico star joked about "expecting." At the Jonas Brothers Family Roast, Priyanka Chopra said, "We are the only couple who doesn't have kids yet. Which is why I'm excited to make this announcement...Sorry babe... " She took a long pause and then jokingly said, "Nick and I are expecting... To get drunk tonight and sleep in tomorrow." The couple, who got married in 2018, announced their first child's arrival on social media on Friday night.

"We are overjoyed to confirm that we have welcomed a baby via surrogate. We respectfully ask for privacy during this special time as we focus on our family. Thank you so much," read their statement.

Priyanka's next project Citadel, is a multi-series with productions from India, Italy and Mexico and it also stars Richard Madden and it will be directed by the Russo Brothers. Citadel is Priyanka Chopra's second project with Amazon Prime Video after announcing the Sangeet Project, a sangeet-themed dance reality show, which she will host with Nick Jonas. Priyanka Chopra was last seen in Matrix 4.

Besides being a singer, Nick Jonas has starred in Jumanji: Welcome to the Jungle, Jumanji: The Next Level, Goat and Midway and Chaos Walking. Nick Jonas married Priyanka Chopra in a Christian and a Hindu ceremony in Umaid Bhawan Palace on December 1 and 2 in 2018. The couple later hosted receptions in Delhi and Mumbai. They first met at the 2017 Met Gala.