Trending: Vicky Kaushal Reacts To The Team India Meme, Thanks The Internet 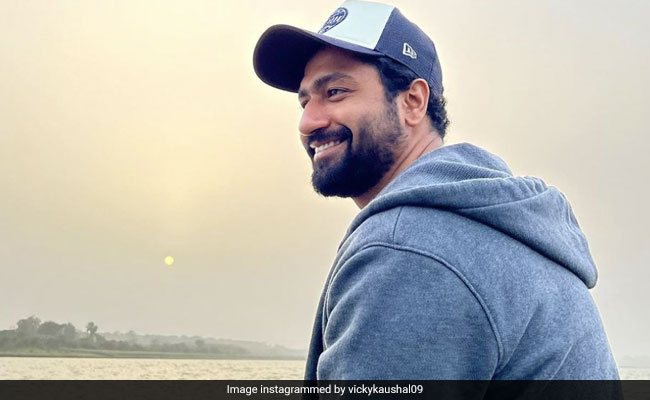 Vicky Kaushal often shares pictures and videos of himself on social media. On Sunday, the actor shared a meme that went viral on the Internet. Indian U19 Cricket Team played against Bangladesh and while flashing the scoreboard online, coincidentally Vicky Kaushal's name shows up on the screen. As soon as it caught viewers' attention, they began spamming Vicky with the hilarious meme. Reacting to the meme, Vicky Kaushal shared an Instagram story and wrote: "Thankyou Internet for spamming with this today. Best wishes Team India U19." 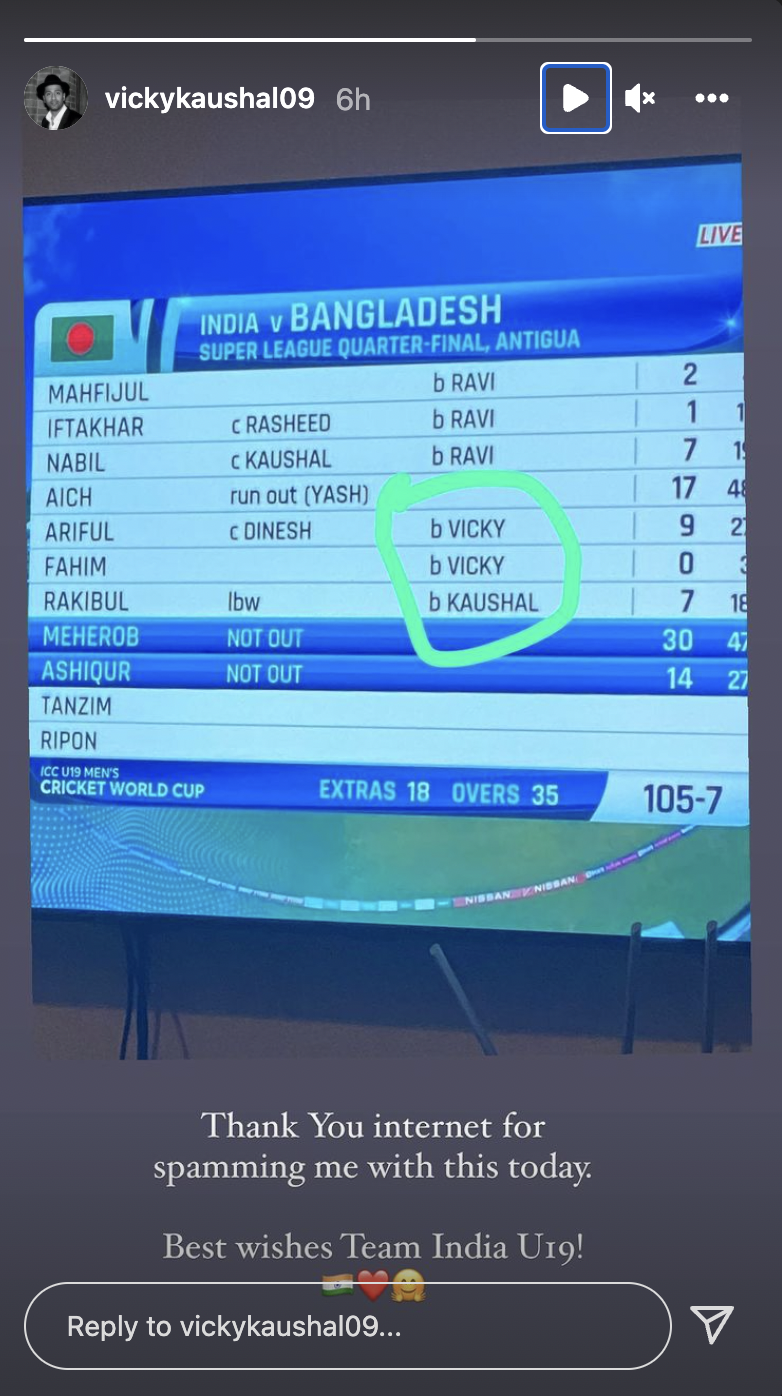 On Saturday, Vicky Kaushal and Sara Ali Khan completed the shoot of the untitled film. The two were shooting in Indore, Madhya Pradesh for the film. Vicky Kaushal has shared the first poster of the film expressed their thoughts and thanked the entire team and cast. Sharing the poster, Vicky wrote: "Naam mein kya rakha hai, abhi toh wrap hua hai!!! Thank You #DineshVijan @pvijan @maddockfilms, @laxman.utekar Sir, @saraalikhan95 and the entire team and everyone for such an amazing experience. Each day of filming this beautiful story has been memorable for me. Going to miss you guys terribly and all the madness involved. Also, a very big thank you to the wonderful people of Indore who have been so cooperative and full of love. Thank You! Baat yeh dil ki hai, jo ghar ghar tak pohonchegi... ya shayad baat ghar ki hai jo har dil ko chuyegi. See you all soon at the movies!"

On the professional front, Vicky Kaushal will be seen in Sam Bahadur, the much-awaited film directed by Meghna Gulzar. He also plays the lead in Govinda Mera Naam opposite actresses Kiara Advani and Bhumi Pednekar. The film will be produced by Karan Johar's Dharma Productions and will be directed by Shashank Khaitan.