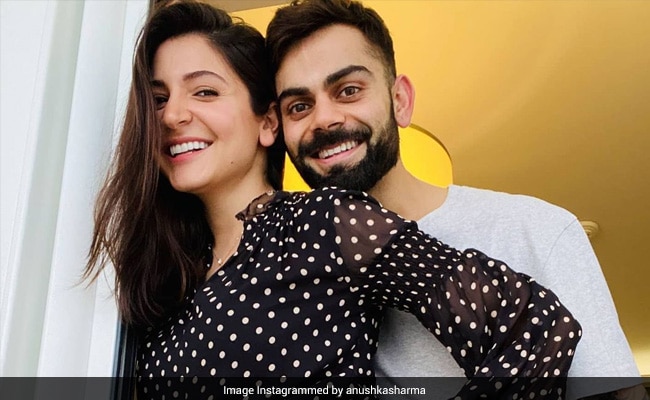 New parents Anushka Sharma and Virat Kohli, on Monday, revealed the name of their baby daughter - Vamika - on Monday, prompting a barrage of heart-warming comments from their celeb friends and well-wishers. Priyanka Chopra, who co-starred with Anushka Sharma in Dil Dhadakne Do, sent a whole lot of love to the couple and also attached a note for little Vamika. "Such a beautiful picture. Sending you all so much love. May all your dreams come true, Vamika," read Priyanka's comment, which garnered over 9,000 'likes' in just a few hours. Love and best wishes for Vamika also poured in from the likes of Samantha Ruth Prabhu, Kajal Aggarwal, Rakul Preet Singh, Vaani Kapoor, Ishaan Khatter, Zoya Akhtar, Mouni Roy, Sonali Bendre, Siddhant Chaturvedi and others.

In her baby name announcement post, Anushka summed up the emotions of embracing parenthood: "Tears, laughter, worry, bliss - emotions that have been experienced in a span of minutes sometimes. Sleep is elusive but our hearts are so full. Thanking you all for your wishes, prayers and good energy," she wrote. "My whole world in one frame," new dad Virat Kohli left this endearing comment on Anushka's post.

On January 11, Anushka and Virat made the announcement that a third member has joined the family. "We are thrilled to share with you that we have been blessed with a baby girl this afternoon. We thank you all for your love, prayers and good wishes. Anushka and the baby are both healthy and we are feeling beyond blessed to start this new chapter of our lives. We hope that you can respect our privacy at this time," tweeted Virat Kohli.

Anushka Sharma and Virat Kohli, who got married since 2017, revealed their pregnancy in August last year. After Vamika's birth, the couple requested for privacy and appealed to the paparazzi to refrain from taking pictures of their new-born daughter.