"Sleep is elusive but our hearts are so full," wrote Anushka Sharma 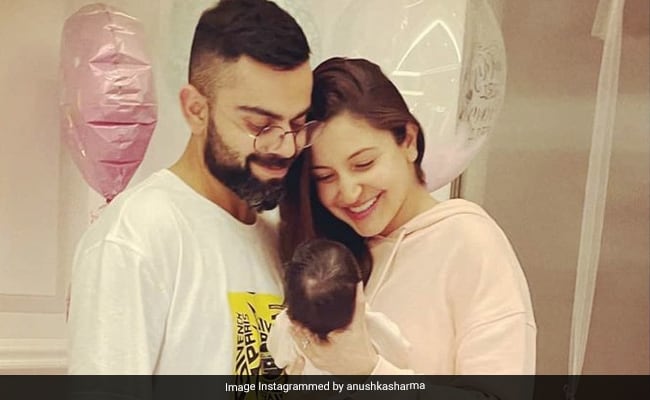 World, say hello to Anushka Sharma and Virat Kohli's daughter Vamika. After their daughter's birth last month, the couple shared a picture of her for the first time and revealed that they have named her Vamika. "We have lived together with love, presence and gratitude as a way of life but this little one , Vamika has taken it to a whole new level ! Tears, laughter, worry, bliss - emotions that have been experienced in a span of minutes sometimes. Sleep is elusive but our hearts are so full .Thanking you all for your wishes, prayers and good energy," Anushka Sharma wrote posting a picture with Virat and Vamika.

Anushka Sharma and Virat Kohli had earlier sent a note to the paparazzi fraternity in Mumbai, where they requested them not to carry pictures of their baby. "While, we will always ensure that you get all the content you need featuring us, we would request you to kindly not take or carry any content that has our child. We know that you will understand where we are coming from and we thank you for the same," read an excerpt from their statement.

Last month, Virat Kohli announced the news of his daughter's birth on social media. In a note thanking his fans, the cricketer also requested for their family's privacy at the moment. His tweet read: "We are thrilled to share with you that we have been blessed with a baby girl this afternoon. We thank you all for your love, prayers and good wishes. Anushka and the baby are both healthy and we are feeling beyond blessed to start this new chapter of our lives. We hope that you can respect our privacy at this time."

Anushka Sharma and Virat Kohli's love story began on the sets of a shampoo commercial that they did together. After dating for several years, the couple got married in a private ceremony in Tuscany, Italy in the year 2017. They announced their pregnancy in August last year.