Anushka Sharma and Virat Kohli welcomed a baby girl on January 11 and it's most unlikely that the couple would release a photo of the little one so soon as they requested for privacy in their baby announcement statement. 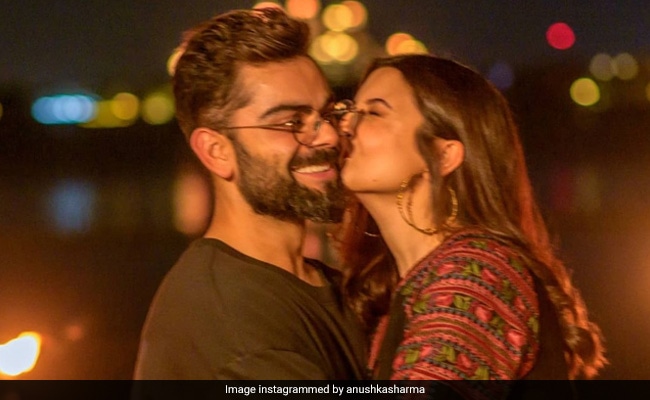 For those who thought that the congratulatory post shared by Virat Kohli's brother Vikas Kohli was a first glimpse of Anushka Sharma and Virat's daughter, here's the deal. In a statement released on Monday, Vikas Kohli clarified that the image he shared was a representational one. Referring to media reports claiming it was the first photo of the newest member of the family, Vikas Kohli wrote: "Guys let me clarify that the picture I posted yesterday to congratulate Virat and Anushka is a random picture and not an actual picture of the baby, as some media channels are reporting." Anushka Sharma and Virat Kohli welcomed a baby girl on January 11 and it's most unlikely that the couple would release a photo of the little one so soon as they requested for privacy in their baby announcement statement.

This is the post he shared earlier, which sent the Internet into overdrive: "Happiness overboard .... angel in the house."

On Monday evening, Virat Kohli made the baby announcement along with an update that "mother and baby are both doing well": "We are thrilled to share with you that we have been blessed with a baby girl this afternoon. We thank you all for your love, prayers and good wishes. Anushka and the baby are both healthy and we are feeling beyond blessed to start this new chapter of our lives. We hope that you can respect our privacy at this time."

Anushka Sharma and Virat Kohli, who got married since 2017, revealed their pregnancy in August last year along with the detail that the baby is expected to arrive in January 2021. In terms of work, Anushka Sharma was last seen in Zero while Virat, on paternity leave, took a break from the four-match India-Australia Test series and flew home just weeks before the baby's arrival.