Toilet - Ek Prem Katha Movie Review: Akshay Kumar's film is inspired by a true story, but little that it offers by way of insight rings true. 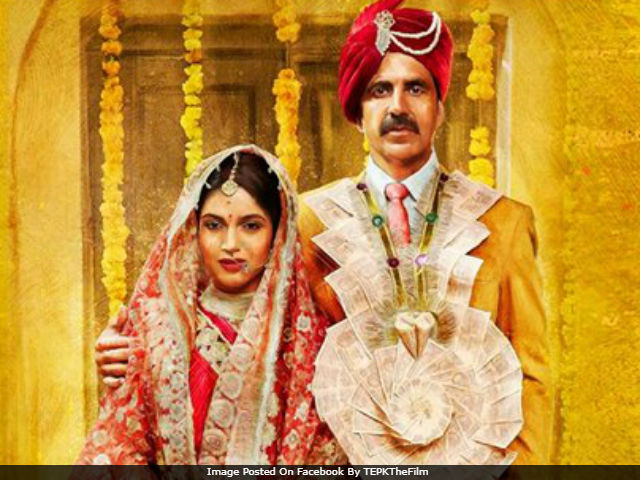 When what should at best have been a ten-minute public service film bloats into a two-and-a-half-hour, patience-testing, yawn-inducing Bollywood puff-job for a government scheme, it is bound to stink to high heaven. Toilet: Ek Prem Katha does.

Editor-director Shree Narayan Singh presents a corny, cringe-worthy mix of entertainment and edification in the service of the much tom-tommed Swachh Bharat campaign. In the end, it is no more than a filmed pamphlet - patchy, pulpy, preachy and painfully protracted. It is a classic case of flippant treatment and ham-fisted execution mutilating a serious subject beyond recognition.

The political partisanship on show here is unprecedented for a Mumbai mainstream flick. When the text of the film refers to a big toilet scam, it quickly points out that all of it happened four years ago. It also grabs the opportunity to slip in a laudatory reference to demonetization. In doing so, the film's makers completely expose their leanings. 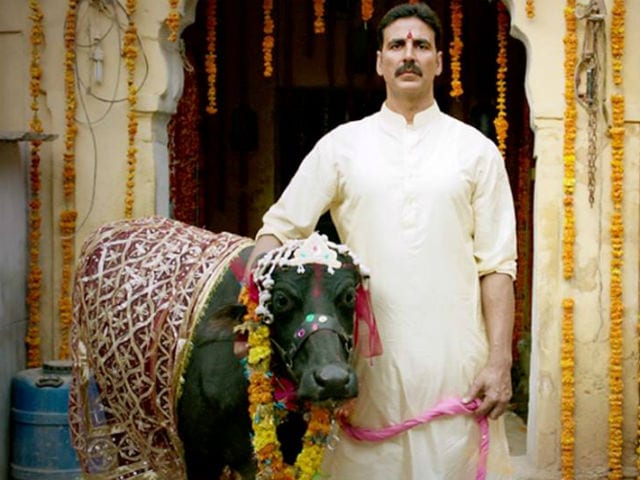 It is one thing for a political dispensation to equate the Prime Minister's optics-heavy swachhata abhiyan with Mahatma Gandhi's untouchability-negating, status quo-defying cleanliness experiments and quite another for a Bollywood film to follow suit. The undisguised skew only dilutes the integrity of an undeniably relevant message.

The film's flimsy approach and flaccid structure do not help matters one bit. By the time it lumbers its way to an entirely predictable and unconvincing climax, Toilet: Ek Prem Katha is crying out to be flushed down the very drain it has popped up from. There is very little genuine cinema here. It's all overly melodramatic propaganda of the kind that is better left to a governmental outreach machinery.

Words such as sabhyata (civilization), sanskriti (culture), sanskar (tradition and upbringing) and Shastra (the scriptures) are bandied about with abandon. Shauch has a hard time elbowing its way into this 'hallowed' discourse, but with industrious, committed campaigners on its side, the word is eventually heard above the din. The hero settles the debate with "yeh maamla shauch ka nahin soch ka hain (this matter is not about defecation, it is about our thinking)."

The urgency of the theme is undeniable. After all, more than half the people who defecate in the open reside in this country. But surely there are ways more subtle and less fawning of getting that obvious point across and offer a way out. And that's way beyond this film's ken. It is too intent on whipping up drama to focus on the social and cultural many layers of a complex problem.

Toilet: Ek Prem Katha is about high school dropout Keshav (Akshay Kumar), who manages his family's bicycle store. He is hitched to a buffalo by his orthodox Panditji father (Sudhir Pandey), who insists that the alignment of his stars isn't right. When Keshav does eventually find a human bride, the strong-willed Jaya Joshi, she compels him to think about building a pucca latrine in their house. She threatens him with divorce if he doesn't do her bidding. 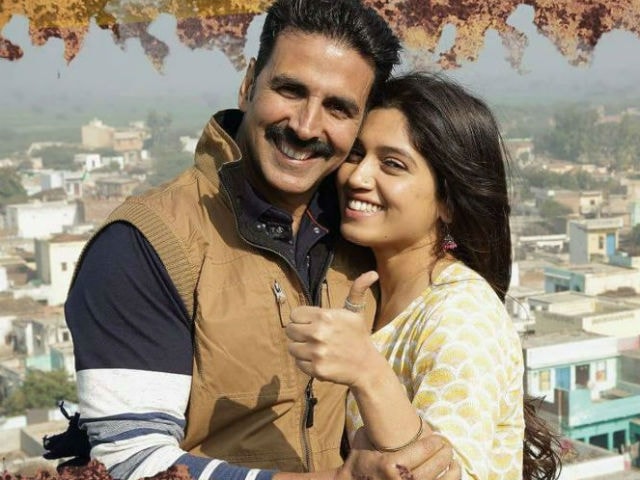 Jaya refuses to be part of the pre-sunrise 'lota party' of village women who drop their load in a field some distance from their homes. The hero is instantly galvanized into action. It fighting for what we wants, he merely skims the surface of a hugely complex problem that stems from a combination of factors.

In his conservative neck of the woods, Keshav, who believes that there is no need to try and move a pahaad (mountain) when jugaad is good enough to get things done, learns the hard way that he must move heaven and earth to achieve his goal. The film follows him and Jaya as the couple negotiates a series of obstacles, most of them stemming from the obscurantist ways of the village elders.

Toilet: Ek Prem Katha is inspired by a true incident reported from Madhya Pradesh village a few years ago, but little that it offers by way of insight rings true. Some of the dialogues are cringe-worthy, the dramatic moments gratingly shrill, and the solutions utterly facile.

The film harps constantly on the dignity of women, but its portrayal of the male protagonist's pursuit of the heroine appears to condone stalking. Keshav bumps into Jaya outside a train lavatory, develops a crush on her and begins to follow her around without as much as a by your leave. When the girl confronts him, he conveniently feigns a lack of interest in her and deletes her number from his phone and his own number from hers. Problematically, it's now the girl's turn to plead with him.

The performances are earnest, if not extraordinary, with Akshay Kumar, trying hard to look 36, leading the way. Bhumi Pednekar, in her second outing after 2015's sleeper hit Dum Laga Ke Haisha, fleshes out a refreshingly relatable college topper who becomes the principal catalyst for a mini-revolution in an immutable village off the town of Mathura. Divyendu Sharma as the hero's younger brother also makes his presence felt.

If for nothing else, Toilet: Ek Prem Katha will probably be remembered for its brazen soft-soaping of the establishment. In 1967, Manoj Kumar's Upkar had gone all out to promote Lal Bahadur Shastri's Jai Jawan Jai Kisan slogan. Apart from the fact that the film was released well over a year after the then Prime Minister's death, it wasn't without cinematic and historical merit.

During the Emergency, a clutch of cinematic paeans were made to extol the virtues of Indira Gandhi as a strong political leader. But these were all documentaries produced by official agencies. Toilet: Ek Prem Katha is different: never before has Bollywood been so easily, and fully, co-opted.

Promoted
Listen to the latest songs, only on JioSaavn.com
We live in a free country where artists, filmmakers and storytellers are well within their right to choose any creative path they deem fit. But when a Mumbai film enlists the support of an A-list actor to pontificate on a government-mandated programme, you know you've been had.

When a Bollywood filmmaker turns cheerleader for a government drive, especially when the jury is still out on its success rate, you know you've been had. Unless you believe in this kind of propagandist stuff, Toilet: Ek Prem Katha is as avoidable as what it rightly rails against - open defecation.