Toilet: Ek Prem Katha will expand its wings in the foreign film circuit as the makers will release the film in certain "non-traditional territories" 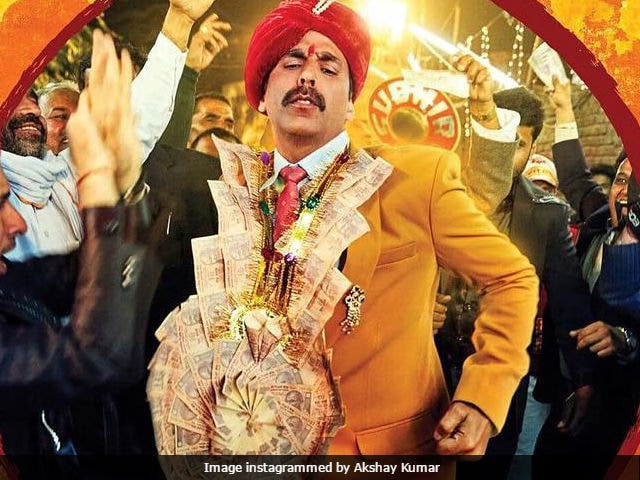 New Delhi: Akshay Kumar's Toilet: Ek Prem Katha is all set to hit screens, including some unexpected ones, and foreign media has dubbed the actor 'Bollywood's banker,' highlighting that he scored a hattrick of hits at the box office with his most recent films. A report in Variety magazine stated: "Akshay Kumar is Bollywood's banker, churning out hit after hit, including Rustom, Airlift, and the Jolly LLB franchise." Akshay's new film could be a game changer in the international market as the makers decided to tap "non-traditional territories" such as Japan and Chile, reports Variety. The film will release in India on August 11 and on other dates in various other countries. The Shree Narayan Singh-directed film is "looking to go beyond Indian cinema's traditional international market," reports Variety.

This is perhaps spurred in part by the spectacular success of Aamir Khan's Dangal in China where it released in May. China is currently waiting for Baahubali 2 to open. Japan, while so far a blip in overseas markets for Bollywood, has warmly welcomed several Rajinikanth films in the past.

Variety reports that the traditional Indian cinema overseas market comprises some 50 territories including USA (where Baahubali 2 made over Rs 100 crore, the first Indian film to do so), UK, the Gulf countries, Australia and New Zealand. However, Toilet: Ek Prem Katha's producers and distributors are expanding their film's reach to an additional 20 territories including Greece, Czech Republic, Hungary, Malta, Croatia, Estonia and Latvia. "With Rustom widely accepted and loved across the world, we were emboldened to go for a bigger and more aggressive release," Prerna Arora and Arjun N Kapoor of Kriarj Entertainment, the producers of Toilet: Ek Prem Katha, told Variety.

Taran Adarsh places responsibility squarely on the makers of these films: "Let's not blame the audience. The problem lies within. The biggest of stars need a solid story and captivating screenplay to stand on feet, to sprint and to win. Mere star power isn't enough."

#Tubelight, #JaggaJasoos, #MunnaMichael, #JabHarryMetSejal... Bollywood is going through the worst phase... Desperate for Hits... What's shocking, the biggies aren't fetching the desired start at the BO... Let's NOT blame the audience... The problem lies within... The biggest of stars need a solid story and captivating screenplay to stand on feet, to sprint, to win... Mere star power isn't enough... Post #Baahubali2, the biz has hit rock bottom... Will #ToiletEkPremKatha prove a saviour? Let's hope it bails out the industry.

Could Toilet: Ek Prem Katha be the 'hero' Bollywood needs at this point?