"I have read news that the film has got eight or nine cuts from the censor board, but this is wrong. We have got three verbal cuts in the film," said Akshay Kumar 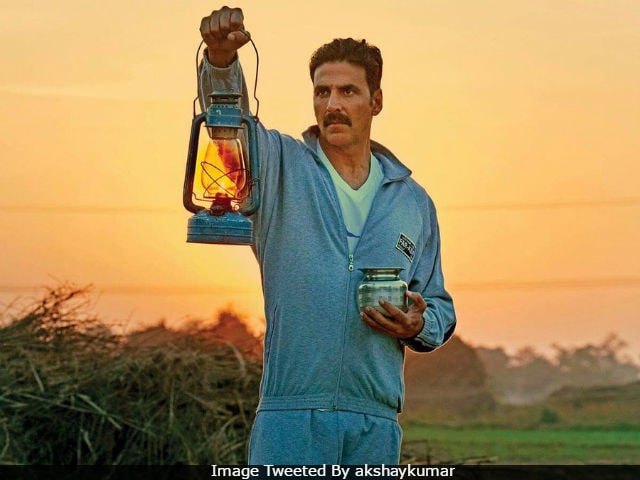 New Delhi: Akshay Kumar on Wednesday said that his new film Toilet: Ek Prem Katha was cleared by the Censor Board with only three cuts and not eight. Toilet: Ek Prem Katha trended all of Wednesday morning for reports stating that the Shree Narayan Singh-directed movie paid the price of eight cuts to have it certified. The 49-year-old actor was reacting to such reports and told news agency IANS: "I have read news that the film has got eight or nine cuts from the censor board, but this is wrong. We have got three verbal cuts in the film." Akshay Kumar's Toilet: Ek Prem Katha releases this Friday.

In his interview, the Bollywood Khiladi mentioned one particular edit which the Central Board of Film Certification asked the film's team to make. "I remember one of the cuts clearly. They asked us to remove the word 'h*r**mi' and there two more verbal cuts. I don't know from where this news comes that the film has got 8 cuts. I was surprised myself," IANS quoted the actor as saying. Earlier, it was reported that the Censor Board reportedly objected to a certain reference to bulls and also a scene involving Janaeu, the holy white thread worn by Brahmins. Apart from these, the CBFC had also apparently suggested four additional edits, as was reported earlier. However, Toilet: Ek Prem Katha has been cleared for release with U/A ceritifcate.

Akshay Kumar's clarification comes at a time when Nawazuddin Siddiqui's new film Babumoshai Bandookbaaz is currently battling the 48 cuts suggested by the Pahlaj Nihalani-led Censor Board.

The cast of Toilet: Ek Prem Katha includes actors like Bhumi Pednekar, Divyendu Sharma and Anupam Kher. The much-awaited movie is set in two villages near Mathura and focuses on the poor state of sanitation facilitation in the rural parts of the country and the importance of toilet building.