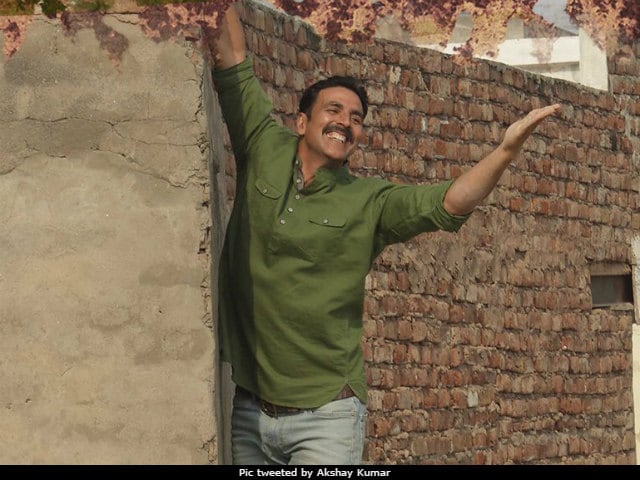 New Delhi: The wait is almost over for Akshay Kumar's much talked-about Toilet: Ek Prem Katha, which hits the theatres tomorrow. Stakes are high for the 49-year-old actor's new film and Bollywood is waiting with bated breath for the movie to rejuvenate the dormant box office. In an Instagram post earlier this week, trade analyst Taran Adarsh said: "Post Baahubali 2, the biz has hit rock bottom... Will Toilet Ek Prem Katha prove a saviour? Let's hope it bails out the industry." Now, a report in Box Office India predicts that opening day collections of Toilet: Ek Prem Katha will be decent (around Rs 10-15 crores) - in parity with the actor's previous releases like Airlift, Rustom and Jolly LLB 2.

#Tubelight, #JaggaJasoos, #MunnaMichael, #JabHarryMetSejal... Bollywood is going through the worst phase... Desperate for Hits... What's shocking, the biggies aren't fetching the desired start at the BO... Let's NOT blame the audience... The problem lies within...The biggest of stars need a solid story and captivating screenplay to stand on feet, to sprint, to win... Mere star power isn't enough...Post #Baahubali2, the biz has hit rock bottom... Will #ToiletEkPremKatha prove a saviour? Let's hope it bails out the industry.

According to the report, Airlift scored Rs 11 crores on its first day, Housefull 3 opened to a good sum of Rs 15 crores, Rustom made Rs 13.50 on Day 1 and it was Rs 12 crores for Jolly LLB 2. Anything like these figures has been reviewed as a "decent opening" in the Box Office India report.

Promoted
Listen to the latest songs, only on JioSaavn.com
Toilet: Ek Prem Katha will be Shree Narayan Singh's second film after 2012's Yeh Jo Mohabbat Hai. "Here there is nothing to go on so you can't be positive or negative on the director. Toilet: Ek Prem Katha will determine the capability of the director and hope is that he will pull it off as the industry is in desperate need of good directors," states the Box Office India report.

Toilet: Ek Prem Katha also stars Bhumi Pednekar and is Akshay Kumar's first movie after Naam Shabana. The theme of the movie is similar to Prime Minister Narendra Modi's Swachh Bharat Abhiyan and highlights the importance of an improved state of sanitation in the rural parts of India.