"To The Man Who Literally Pays My Bills," Writes Akshay Kumar In His Birthday Wish for Sajid Nadiadwala 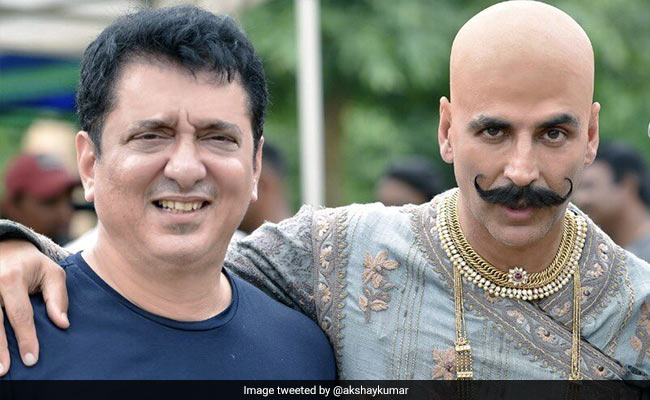 Akshay Kumar wished film producer Sajid Nadiadwala on his 55th birthday and he did it in his own style. The actor, on his Twitter profile, shared a throwback picture along with the birthday boy on Thursday. The photograph happens to be a BTS from the sets of the 2019 film Housefull 4, in which Akshay played the role of Rajkumar Bala, while Sajid Nadiadwala backed the film. Akshay Kumar, adding a dose of humour to his tweet, wrote: "Happy birthday to the man who literally pays my bills, the best producer one could ask for and an even better friend. Sajid Nadiadwala, wishing you abundance of health, wealth and happiness."

Happy birthday to the man who literally pays my bills, the best producer one could ask for and an even better friend, #SajidNadiadwala Wishing you abundance of health, wealth and happiness. pic.twitter.com/Me5O77BRpU

Akshay Kumar and Sajid Nadiadwala's friendship is over a decade old and the duo have delivered many hit films together, starting with 1993's Waqt Hamara Hai to Housefull 4 in 2019. Sajid Nadiadwala has backed several projects starring Akshay Kumar. Some of which include Heyy Babyy, Mujhse Shaadi Karogi and the Housefull series to name a few. Their next collaborative project is Bachchan Pandey.

Akshay Kumar has a super busy schedule in 2021. The actor recently shot for Atrangi Re with Sara Ali Khan and Dhanush. He will also be seen in Bell Bottom. He will also star in Prithviraj, which is a biopic of Prithviraj Chauhan. Sooryavanshi, which is Akshay Kumar's foray into Rohit Shetty's cop universe, is expected to release in theatres this year.