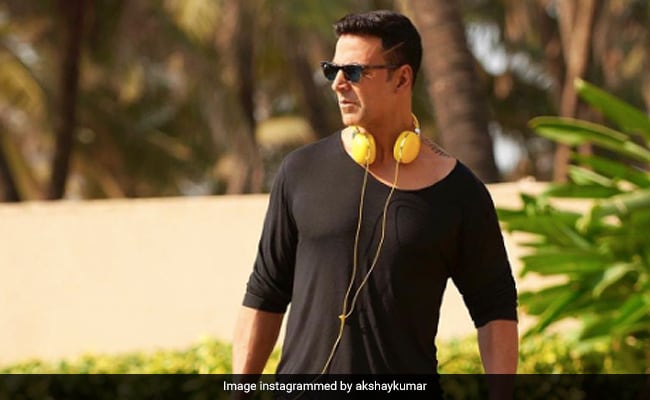 On Army Day, Akshay Kumar shared a video of him playing volleyball with a few "bravehearts" of the Indian Army, revealing that's how kick-started the day. In the caption, Akshay Kumar wrote that the game of volleyball was simply a "warm up" exercise for a marathon that he was to inaugurate on the occasion of Army Day. In the brief video, Akshay can be seen dressed in all black just like his fellow players as he hits a shot - it appears to be a video from pretty early in the morning as the volleyball pitch is shrouded in fog. "Had the pleasure of meeting some of our bravehearts today to flag off a marathon on the occasion of Army Day and what better way to warm up than a quick game of volleyball," Akshay captioned his post.

Had the pleasure of meeting some of our bravehearts today to flag off a marathon on the occasion of #ArmyDay and what better way to warm up than a quick game of volleyball 😁 pic.twitter.com/PM7vGqr0vo

Meanwhile, Akshay Kumar's colleague Sanjay Dutt shared this throwback from the sets of 1997 movie Border, "Saluting the courage and bravery of our Indian Army who has always stood strong, even in the most unfavourable conditions."

In terms of work, Akshay Kumar is currently busy with the shooting schedule of upcoming movie Bachchan Pandey. He is believed to be in Jaisalmer for the film's shoot. Here's how he began 2021: "New year, old associations... begun shooting for Bachchan Pandey, my 10th film with Sajid Nadiadwala, and hopefully many more. Need your best wishes and do tell me your thoughts on the look."

Akshay Kumar has a lengthy list of upcoming movies - Sooryavanshi, Atrangi Re, Bell Bottom and Prithviraj. He was last seen in Laxmii, released on Disney+Hotstar.