"Miss you so much my love," she captioned a loved-up photo of herself and Nick 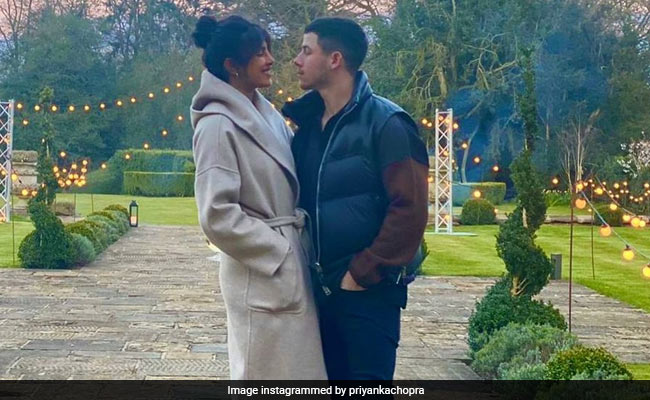 Priyanka Chopra and Nick Jonas are couple goals, no really. But they are also rather busy with their work rosters. Priyanka has been living in London for a few months and was recently joined by Nick Jonas too. But looks like the 28-year-old singer has flown out of London and checked back into Hollywood, where he is busy with the American TV reality show The Voice - he recently posted a photo from the sets of the show on Instagram. Meanwhile, Priyanka Chopra, back in London, is already missing her husband and couldn't help but declare her emotions on social media. "Miss you so much my love," she captioned a loved-up photo of herself and Nick.

Priyanka and Nick, can be seen staring into each other's eyes in the Instagram post. Romantic at heart, Priyanka added this place as the location: "The place where time stands still."

Earlier this month, Nick Jonas was Priyanka Chopra's plus one at the BAFTA Awards. The couple attended the socially distanced award ceremony as presenters. They turned heads on the red carpet - Priyanka combined a red jacket with white flowy pants from Pertegaz couture and a chunky pendant to balance the look.

Priyanka Chopra and Nick Jonas were also together on Holi, which they celebrated at their London residence with the singer's parents. Sharing Holi photos, Priyanka wrote: "Holi, the festival of colours is one of my favourites."

In terms of films, Priyanka's line-up includes Text For You and the fourth Matrix movie.