This Throwback Pic Of Alia And Shaheen Bhatt Is All About Sibling Love. Seen Yet?

"Now I know why my career as a ventriloquist crashed and burned," wrote Shaheen Bhatt 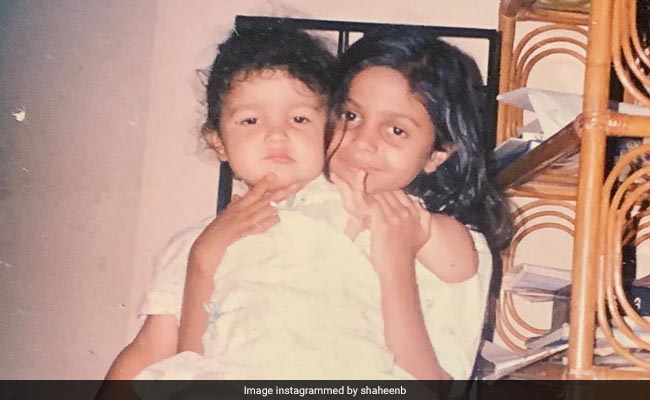 Shaheen Bhatt struck gold in her family photo archive and shared it on her Instagram profile on Saturday afternoon and we are so glad that she did. BTW, did we tell you that the throwback picture also features Shaheen's sister Alia Bhatt. In her post, Shaheen didn't exactly reveal when the picture was taken, but is happens to be from her childhood days. Twinning in white outfits, the Bhatt sisters look absolutely adorable. Little Alia can be seen resting on Shaheen's lap and we must tell you that she looks cute as a button. Shaheen Bhatt added a dash of humour to the caption on her post and she wrote: "Now I know why my career as a ventriloquist crashed and burned."

As of now, Alia hasn't reacted to the post but we are eagerly waiting for her reaction. However, Alia's sister Pooja Bhatt left a comment on post. She wrote: "Aww" and added several heart emojis. Alia's best friend Akansha Ranjan Kapoor commented: "Angels."

Check out the picture first, you can thank us later:

Now I know why my career as a ventriloquist crashed and burned.

Alia Bhatt, who was shooting for Sadak 2 in Ooty a few days ago, was accompanied by her mother Soni Razdan and sister Shaheen. Alia shared pictures from the sets of the film on her Instagram profile and wrote: "A whole lotta love."

Alia Bhatt and Shaheen are daughters of filmmaker Mahesh Bhatt and Soni Razdan. Shaheen Bhatt is the author of a novel named Never Been (Un)Happier, which is an account of her own battle with depression.