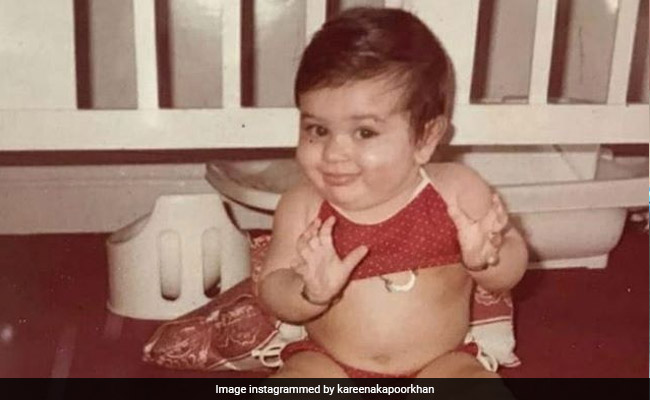 Kareena Kapoor, who recently joined Instagram, has occupied a top spot on the trends list with her new posts since. The actress has been frequently treating her fans to some unseen pictures. In her recent post, Kareena Kapoor shared an old photograph of herself from the archives and it's adorable. Referring to the current Coronavirus outbreak, which is highly contagious, Kareena Kapoor accompanied the post with the caption, "Me...when someone tries to shake my hand these days!" In the picture, pint-sized Kareena Kapoor has a cute smile on her face but "Don't come close to me" kind of an expression. She added the hashtags "Stay home," "Stay safe" and "Social distancing" to her post. Here's the post we're talking about:

Me... when someone tries to shake my hand these days! #StayHome #StaySafe #SocialDistancing

Kareena's post was instantly flooded with comments from friends and family. Rhea Kapoor wrote, "This face has not changed. When I give promo dates" while Malaika Arora commented, "Beebolaaaaaa" and her sister Amrita wrote, "Beeboooo." Kareena's cousin Armaan Jain wrote, "Cuteeee...Babyy Dubzz" while cousin Riddhima Kapoor Sahni had the same reaction as she commented, "Awwww cutest." Take a look at the comment section below:

Earlier, Kareena Kapoor trended a great deal on the Internet for her post featuring actor husband Saif Ali Khan. She captioned it, "Looks like he is 'booked' for the week... While I Instagram."

The 39-year-old actress featured in several headlines when she made her Instagram entry with a picture of herself also featuring her 3-year-old son Taimur.

Talking about the reaction of other celebrities to the Coronavirus outbreak, stars like Deepika Padukone and Anushka Sharma took the Safe Hands Challenge and posted videos on social media.