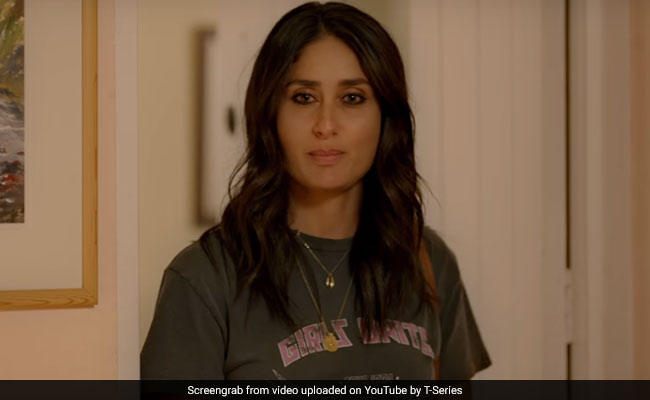 Kareena Kapoor in a still from the song (courtesy YouTube)

The makers of Angrezi Medium just released one more song from the film's playlist and the track Laadki will make you quite a bit emotional. Director Homi Adajania has come up with out-of-the-box ideas for the songs of Angrezi Medium and Laadki is one such example. Instead of filling up the song with scenes from the movie, Laadki primarily stars Kareena Kapoor and reveals that her character has a difficult relationship with her mother in the movie. Kareena plays a touch cop in Angrezi Medium and the role of her mother is played by Dimple Kapadia. However, the daughter in focus in Angrezi Medium is played by Radhika Madan, who also stars in the song along with Irrfan Khan, who plays her father.

Laadki is also a montage of emotional father-daughter moments, showing Radhika's bond with her single parent father Irrfan. Radhika plays a bright student from Udaipur named Sarika, who aspires to study at a London university while her father Champak, a mithai wala, struggles to manage the finances to pay for Tarika's university fees.

Watch the song Laadki from Angrezi Medium here. Composed by Sachin-Jigar, the song has been sung by Rekha Bhardwaj.