Angrezi Medium is slated to release on March 20 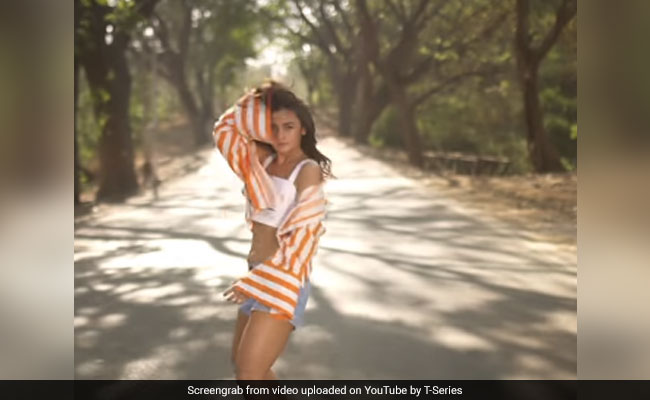 It's raining stars in Angrezi Medium's new song Kudi Nu Nachne De, which features Alia Bhatt, Katrina Kaif, Anushka Sharma, Janhvi Kapoor, Kriti Sanon, Ananya Panday, Kiara Advani and Radhika Madan. The song was launched on Wednesday and it will surely make you want to groove. In the video, the Bollywood actresses can be seen dancing their hearts out. The peppy song is all about women being free-spirited. The song has been composed by Sachin Jigar and sung by Vishal Dadlani. Priya Sarajya has written the lyrics of the song.

Amitabh Bachchan shared the video on Twitter and wrote, "To all the women out there - stay confident, shine on and dance because you own the stage. Kudi Nu Nachne De is out now." He also added, "And all the best Irrfan. You are such a superior artist."

To all the women out there - stay confident, shine on & dance cause YOU own the stage!#KudiNuNachneDe out now #AngreziMedium@Irrfank#DineshVijan#HomiAdajania@MaddockFilms

.. and all the best Irfan .. you are such a superior artist

Directed by Homi Adjania and produced by Maddock Films, Angrezi Medium is a spin-off of Irrfan Khan's 2017 film Hindi Medium. Take a look at the poster of the film here :

Angrezi Medium is Irrfan Khan's first film after being diagnosed with neuroendocrine tumour. He was last seen in the 2018 film Karwaan, co-starring Dulquer Salmaan and Mithila Palkar.

Besides Irrfan, Angrezi Medium also stars Kareena Kapoor, Radhika Madan, Ranveer Shorey and Dimple Kapadia in pivotal roles and it is slated to release on March 20.