This compilation of Angrezi Medium memes will surely crack you up 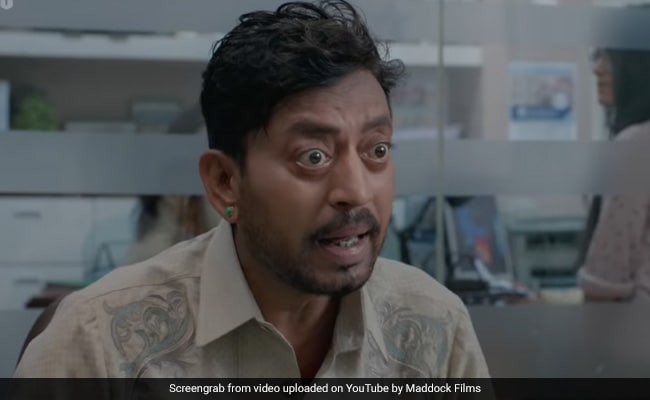 Angrezi Medium: Irrfan Khan in a still from the film. (Image courtesy: YouTube)

The trailer of Angrezi Medium released today and it has been trending ever since (but more on that later). This is the story of the crazy meme fest that Twitter is hosting. The trailer opened to great reactions from netizens, while some loved it, others simply saw it as an opportunity to create epic memes. Directed by Homi Adajania, the film features Irrfan Khan, Kareena Kapoor and Radhika Madan in the lead roles. Weekend plans seemed to be recurring theme of most of the memes that were shared on Twitter. Here are a few memes, check them out:

Twitter users offered different renditions of Irrfan Khan's dialogue: "Aap log daaru lekar aao, mai chakna leke ata hun." It wouldn't be wrong to say that this dialogue got a separate fan base, at least in terms of memes.

Me to My Friends: pic.twitter.com/QmrI1udwQr

Le Every Sports Teacher in my entire life :- Come on!!! U can do it.#AngreziMediumpic.twitter.com/fsQsHEfXbr

Me Too...
Welcome back bro #IrfanKhan#AngreziMediumpic.twitter.com/kzAX5ppwLD

The trailer of Angrezi Medium showcases the story of an Udaipur-based sweet shop owner Champak and his daughter Tarika (played by Radhika Madan). Tarika wishes to study in London and Champak has a tough time arranging for her admission fee there. The film stars Kareena Kapoor as a cop and actors Ranveer Shorey and Dimple Kapadia also make appearances during the film's trailer.

The film is slated to release on March 20, this year. Angrezi Medium is Irrfan Khan's first film after being diagnosed with neuroendocrine tumour. He was last seen in the 2018 film Karwaan, co-starring Dulquer Salmaan and Mithila Palkar.