PadMan: Akshay Kumar released the new song from his film 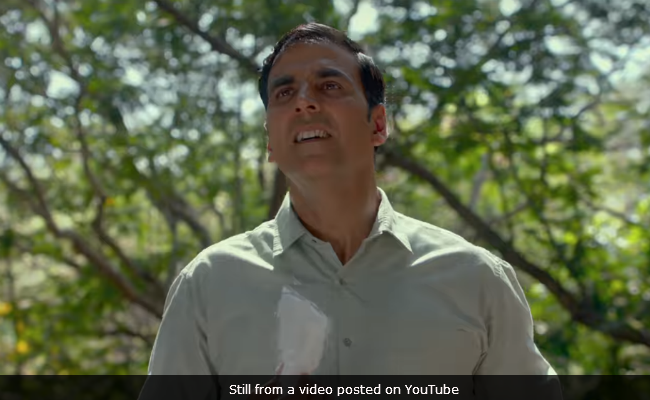 New Delhi: Yay! The Pad Man Song is finally here and it will definitely make you fall in love with Akshay Kumar. The new song from Akshay's upcoming film PadMan is out and it shows how an ordinary man turned into a 'madman' with his 'superhero' thoughts. The song depicts the life of Arunachalam Muruganantham (an entrepreneur, who invented low-cost sanitary pads making machines) and his struggle to become a PadMan. In The Pad Man Song, Akshay won our hearts when someone asks him Tu mard haina? and he replies: "Ek aurat ki hifaazat karne mein, naakamyab insan apne aap ko mard kaise keh sakta hai!."

Without much-ado, listen to the Pad Man Song here:


The Pad Man Song is sung by Mika Singh and is written by Kausar Munir. Recently, the makers of PadMan had released the film's first song, which has been picturized on Akshay Kumar and Radhika Apte. The song titled, Aaj Se Teri gives a glimpse of Lakshmikant (Akshay) and Gayatri's (Radhika) love story.


Akshay's wife Twinkle Khanna, who is the producer of PadMan, spoke about the film's trailer, which was released recently and went viral. Twinkle said that she is hopeful that something which has been "hidden in the darkness" for so long will finally be in the spotlight because of her film. In an interview with news agency IANS, Twinkle said, "If nothing else, I am hoping that PadMan will start a conversation within homes." The film is based on a short story from Twinkle's book The Legend Of Lakshmi Prasad.

Promoted
Listen to the latest songs, only on JioSaavn.com
Watch the trailer of PadMan here: