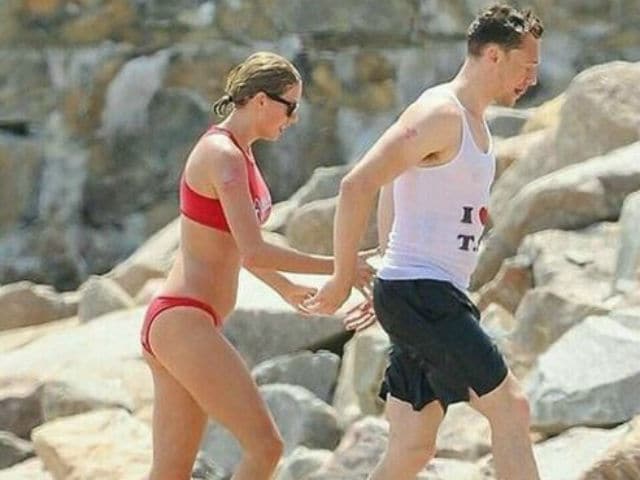 Los Angeles: Singer Taylor Swift and actor Tom Hiddleston are clearly in love: they couldn't keep their hands off each other while partying.

The couple were celebrating July 4 on Sunday at a beach near her home in Rhode Island, reports aceshowbiz.comZ

The Blank Space singer was seen sporting a red two-piece and a temporary tattoo of the US flag on her arm.

She was seen in some photographs obtained by Daily Mail wrapping her hands and legs around her new boyfriend while surrounded by celebrities like Cara Delevingne, Ruby Rose, Gigi Hadid and Karlie Kloss.

Tom wore a white tank top with the word "I (heart) TS" printed on it.

Also part of the fun afternoon were a pregnant Blake Lively, who flaunted her baby bump in a colourful two-piece, and her husband Ryan Reynolds.

Reports of Taylor and Tom romance first surfaced on June 16 when pictures of them kissing found their way on social media.