Student Of The Year 2 Actress Ananya Panday: 'Unfair To Say I Shouldn't Have A Dream' 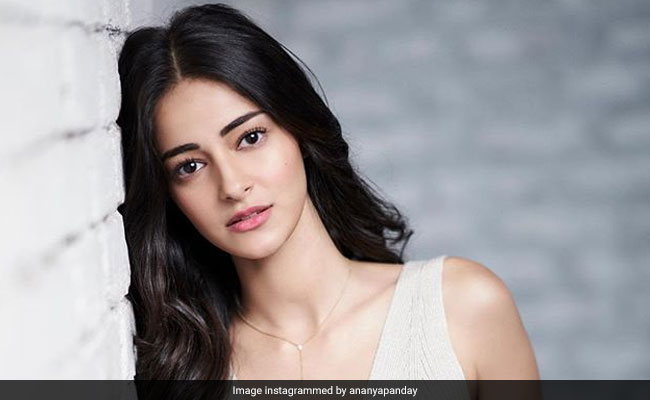 Ananya debuts in Student Of The Year 2. (Image courtesy: Instagram)

Coming from a Bollywood background cannot stop one from having a dream, asserts actor Chunky Panday's daughter Ananya Panday whose debut film Student Of The Year 2 is set to hit the screens. Ananya said that it was always her dream to try her luck in films and that it's unfair for people to say that she is not allowed to have a dream because she comes from a "certain family." "I am 20 and this was my dream all my life. So, it's not fair for people to say that I am not allowed to have a dream because I belong from a certain family," she told IANS when asked about being judged because of her Bollywood backing instead of talent.

"I hope people watch the film and then make judgement. I will be okay with whatever judgement they'd make after that," she added.

Right now, she is looking forward to the release of her debut movie on Friday. She, however, agrees that nepotism exists in Bollywood. "But it exists in all industries, not just our (Bollywood) industry. I am very lucky that I got this chance and audition... I feel internally, I will never be feeling guilty in anyway because I auditioned for the movie twice. I was work-shopping with Punit (Malhotra) for a year after that. So, from inside I worked for this and I don't have that guilt in me," the actress said.

She is also happy that she scored her second film Pati, Patni Aur Woh on the basis of her talent. "After SOTY 2, they (makers of Pati Patni Aur Woh) saw me and that's why they wanted me in the film. So, when I know that people are appreciating my work and that is why they want to give me more work, that is a good feeling for me to have in the inside," she said.

Talking about Chunky Panday who has featured in a number of films, mostly in the Nineties, Ananya said, "My dad has worked so hard to earn a name in the industry and to gain respect. So, I don't want to take away anything from him. I don't want to be ashamed to be his daughter..."

Ananya, who also trended for reports about her dating life, talked about actors' private lives being under constant watch. "Tara and I, our work have not been out there for people to speak about. So, that's probably why they are speaking about other things and I hope after the films come out, they speak about work," she said.

She said she was well-prepared about the constant vigil while growing up.

"While growing up, I think I have always seen this happening. It's like I have been prepared for it in a way. So, when these things happen, it does not affect me. I knew it would happen and I am prepared for it. It's part and parcel of the job," she added.

ananya pandaystudent of the year 2