Stree entered the second week this Friday with Rs 4.39 crore, pushing the total to an impressive amount - Rs 64.78 crore 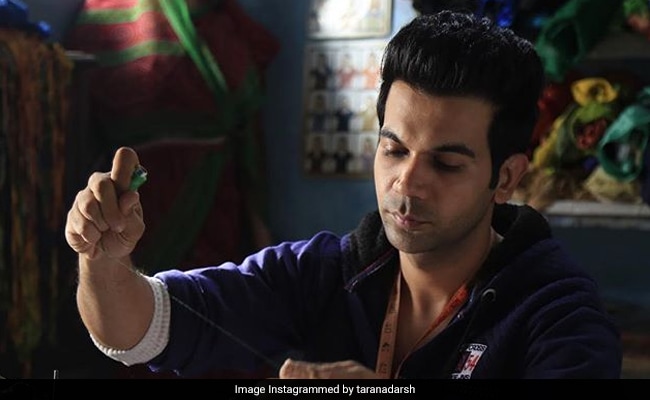 A still from Stree (courtesy taranadarsh)

Rajkummar Rao and Shraddha Kapoor's new film Stree is not only continuing with its brilliant performance at the box office but is also looking forward to great numbers, as predicted by trade analyst Taran Adarsh. Stree entered the second week this Friday with Rs 4.39 crore, pushing the total to an impressive amount - Rs 64.78 crore. Stree, which was joined by films such as JP Dutta's Paltan and Laila Majnu, has emerged victorious and continues to be favourited by the audience. "Stree withstands the opposition from new Hindi releases... Expected to witness big growth on Sat Sun... Should cross Rs 75 cr on Sun [Day 10]... [Week 2] Fri 4.39 cr. Total: Rs 64.78 cr. India biz," tweeted Taran Adarsh.

This Friday, Hollywood also added a movie to the list - The Nun, whose genre is similar as that of Stree's and this is what Taran Adarsh had to say: "Horror monopolises the marketplace... Stree [last Friday] and TheNun [this Friday] - riding on the positive goodwill of The Conjuring - are attracting audience in hordes... Of course, Stree has a generous dose of humour... Horror is the new Hero!"

About whether Stree will join the league of 100 crore movies or not, Taran Adarsh said that this weekend will prove to be crucial. "Will Stree cross 100 cr? Much depends on how it fares in Weekend 2... While the film is holding on to a good number of screens in Week 2 [Week 1: 1950; Week 2: 1770] the trending is superb, it should deliver strong numbers in Week 2 as well... India biz," he had written earlier.

Directed by Amar Kaushik, Stree's storyline is rather interesting - the film is set in a town named Chanderi, which is plagued with the mysterious disappearances of men. Stree marks Rajkummar Rao and Shraddha Kapoor's first film together.