"Absent tears or inability to write heartfelt eulogies and remembrances could also be a way of expressing grief," wrote Vidyut Jammwal 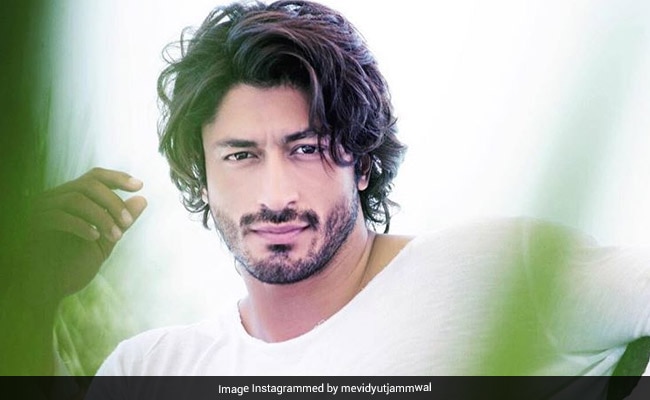 Three days after Sushant Singh Rajput's death, Vidyut Jammwal has been put under scrutiny on social media for not sharing a tribute post or a eulogy note for the late actor. A user's tweet to Vidyut Jammwal read, "hey Vidyut, no tweet for Sushant," to which the actor replied saying, "Silence speaks volumes if you stop and listen. Absent tears or inability to write heartfelt eulogies and remembrances could also be a way of expressing grief. Neither the departed soul nor the family is reading the tweets, so who to write for? We all grieve and mourn- I do it quietly." Read his tweet here:

Silence speaks volumes if you stop & listen. Absent tears/ inability to write heartfelt eulogies and remembrances could also be a way of expressing grief,Neither the departed soul nor the family is reading the Tweets ,so who to write for? We all grieve and mourn- i do it quietly. https://t.co/YJks0oaV1D

Sushant Singh Rajput was found dead at his Mumbai home on Sunday - police say he died by suicide and an investigation is ongoing. Tributes for the late actor poured in on social media from his co-stars and colleagues from the film fraternity. Sushant's Raabta co-star Kriti Sanon and his Chhichhore co-star Shraddha Kapoor were shamed online for failing to post tributes to the late actor on social media - however, the commentary changed when they visited Sushant's family during his funeral at Pawan Hans crematorium on Monday. Kriti Sanon shared a note on Wednesday where she called out the critical fans for labelling her "heartless" and media for "banging" at her car window when she was going for the late actor's funeral. Kriti wrote, "Banging the car window and saying madam sheesha neeche karo na to get a clearer picture of someone going for a funeral. Funeral is a very private and personal affair. Let's put humanity before our profession." She also criticised the media for writing blind items and said, "Blind items should be illegal, should be banned. They should come under mental harassment. So, either have proof and some f***king guts to write the names, or don't write at all." Blind items are articles that anonymously run on the Internet, without taking names of the people the article is about.

There are a lot of thoughts crossing my mind.. A LOT! But for now this is all i wanna say!

Mr Rajput's death on Sunday also prompted his colleagues from the film fraternity to call out the "Bollywood Privilege Club" and the nepotism rampant in the industry. Actors Ranvir Shorey, Vivek Oberoi, Raveena Tandon, and filmmakers Shekhar Kapur and Anubhav Sinha tweeted regarding the "mean girls gang" and the camps that are prevalent in the industry. Politician Sanjay Nirupam alleged that Mr Rajput lost seven films in tenure of six months after his 2019 hit Chhichhore.

Sushant's funeral was attended by a handful of his colleagues from the Bollywood industry. Kriti Sanon, Shraddha Kapoor, Ranvir Shorey, Rajkummar Rao and his first director Abhishek Kapoor were present with the late actor's family during the ritual.

Sushant, who shot to fame with the TV soap Pavitra Rishta, was last seen in the 2019 film Chhichhore and the Netflix film Drive.