Kriti Sanon, Who Was At Sushant Singh Rajput's Funeral, Had Media "Banging On Car Window" 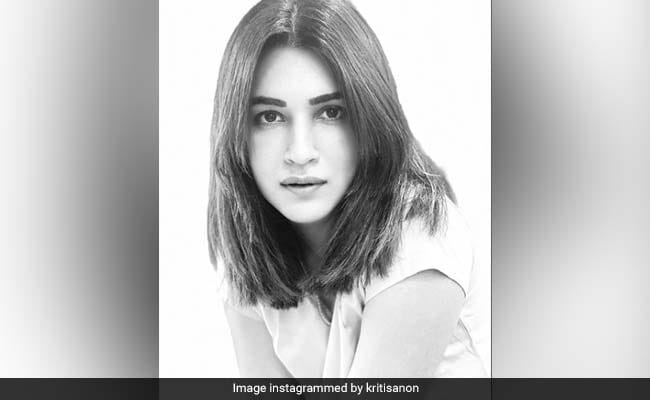 Two days after attending Sushant Singh Rajput's funeral, actress Kriti Sanon has lashed out at the media and at trolls who sent her hate messages for not immediately posting a tribute to her Raabta co-star on social media. Mr Rajput, 34, was cremated on Monday, a day after he was found dead at his home in Mumbai - police say he died by suicide. Ms Sanon was one of a handful of film industry members to have attended the funeral and, having done so, called out the press for being too intrusive.

"Banging the car window and saying madam sheesha neeche karo na to get a clearer picture of someone going for a funeral. Funeral is a very private and personal affair. Let's put humanity before our profession," Kriti Sanon wrote in her post. There should be rules for journalists, she added. "Someone should define what's acceptable, what's not, what falls under journalism, and what comes under none of your business and live and let live."

Kriti Sanon singled out blind items for contempt: "Either have proof or some f***king guts to write the names or don't write at all. You write hear-say and call it journalism." Blind items are gossip columns run anonymously, without naming the celebrities being gossiped about.

Kriti Sanon also reserved some choice criticism for social media, where she was trolled brutally for not rushing to write how heartbroken she was by Sushant Singh Rajput's death as most of her colleagues did - Twitter revised its opinion of Ms Sanon after she was pictured at the funeral but not before having directed abuse at her, samples of which were shared by the actress' sister Nupur. Ms Sanon, who did share a post to Mr Rajput later, wrote today, "Social media is the fakest, most toxic place. And if you haven't posted RIP or said something publicly, you are considered not to be grieving, when in reality, those are the people grieving for real. It seems the social media is the new real world and the real world has become fake."

There are a lot of thoughts crossing my mind.. A LOT! But for now this is all i wanna say!

On Monday, her sister Nupur Sanon revealed that the actress had been called "heartless" and trolled relentlessly for her silence after Sushant Singh Rajput's death:

On Tuesday, Kriti Sanon shared a moving tribute for her Raabta co-star: "It has broken me completely to know that you had a moment in your life where dying felt easier or better than living. I so wish you had people around you to get you past that moment, I wish you hadn't pushed the ones who loved you away," read an excerpt from her post.

Sush.. I knew that your brilliant mind was your best friend and your worst enemy.. but it has broken me completely to know that you had a moment in your life where Dying felt easier or better than Living. I so wish you had people around you to get you past THAT moment, i wish you hadn't pushed the ones who loved you away.. i wish i could have fixed that something which was broken inside you..I couldn't.. I wish so so many things.... A part of my heart has gone with you.. and a part will always keep you alive.. Never stopped praying for your happiness and never will..

Sushant Singh Rajput's funeral was attended by Kriti Sanon, Chhichhore co-star Shraddha Kapoor, Vivek Oberoi, Ranvir Shorey, Rajkummar Rao and director Abhishek Kapoor, as well as politician Sanjay Nirupam who alleged that the actor signed seven films after the well-received Chhichhore and lost all seven in a matter of months. Several industry voices have also spoken up against what they call "the Bollywood Privilege Club" and "mean girls."

Maharashtra Home Minister Anil Deshmukh has announced that the police investigation into Sushant Singh Rajput's death will also probe allegations that he was depressed because of professional rivalry factor.