In his tweet, Sanjay Nirupam wrote that the cruelty of the film industry operates on another level and that it killed a talented artiste 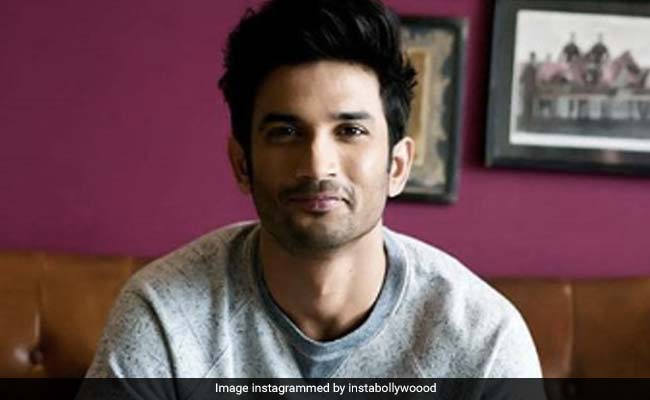 Politician Sanjay Nirupam has qualified director Shekhar Kapur's oblique tweet on Sushant Singh Rajput being "let down" by the film fraternity by alleging that Mr Rajput signed seven films after the success of his 2019 film Chhichhore, only to lose all seven in a matter of six months. He did not specify which films these were. Mr Rajput was found dead at home and police say he died by suicide. His death has sparked severe criticism of the film industry, many of whom declared themselves shattered. Very few of those who posted actually attended the actor's funeral on Monday, and not a single A-lister was among them. Sanjay Nirupam was at the funeral, as were actors Kriti Sanon, Shraddha Kapoor, Rajkummar Rao and Vivek Oberoi, and filmmaker Abhishek Kapoor who gave Sushant Singh Rajput his break in Bollywood.

In his tweet, written in Hindi, Sanjay Nirupam wrote that the cruelty of the film industry operates on another level and that it killed a talented artiste, meaning Mr Rajput. Read his tweet here:

Sushant Singh Rajput allegedly struggled with alienation and isolation over the last few months. Mr Nirupam's words bolster those of director Shekhar Kapur, who cast Mr Rajput in the delayed project Paani. In a cryptic tweet posted after the actor's death, Mr Kapur referred to "people that let you down so bad that you would weep on my shoulder."

Condemnation for the film industry has also come from actor Vivek Oberoi who, after attending the funeral, called for Bollywood to "b***h less and care more."

Actor Nikhil Dwivedi and director Abhinav Sinha have also called out their colleagues, as has actor Ranvir Shorey who posted a thread on how power is wielded by the "gatekeepers of Bollywood."

Public anger has focused itself on filmmaker Karan Johar, producer of Sushant Singh Rajput's last release, the Netflix project Drive. Mr Johar has been trending continuously - while he has not been named by his colleagues in their denouncements, the dots connect in a fairly obvious manner. Mr Johar, who wrote a self-recriminatory note after Sushant Singh Rajput's death blaming himself for not having been in touch for the past year, did not attend the funeral. Mr Johar and actress Alia Bhatt are also being criticised online for having spoken disparagingly of Mr Rajput on the chat show Koffee With Karan, onto which Mr Rajput was never invited.

Sushant Singh Rajput rose to stardom as the lead on the TV soap Pavitra Rishta, after which he made his film debut in 2013's Kai Po Che! He is known for his work in films such as MS Dhoni: The Untold Story, Sonchiriya, Kedarnath and Detective Byomkesh Bakshy!