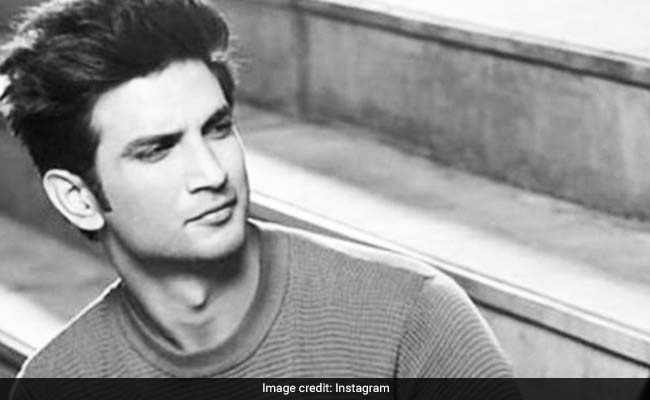 A set of oblique tweets shared after the death of actor Sushant Singh Rajput accuse the film fraternity he belonged to of "hypocrisy" and of "two-facedness." These tweets have been posted by those who should know - director Anubhav Sinha and actors Nikhil Dwivedi and Ranvir Shorey. All three have shared posts censuring their colleagues - in particular what they separately call the "Bollywood Privilege club" and the "gatekeepers of Bollywood." A tweet from filmmaker Shekhar Kapur goes further, referring cryptically to "people who let (Sushant Singh Rajput) down." Mr Rajput, 34, was found dead at home in Mumbai on Sunday; police say he died by suicide.

Sushant Singh Rajput's death prompted an instant and massive outpouring of seemingly grief-stricken posts from Bollywood, among them Karan Johar and Alia Bhatt who are both trending after backlash from Twitter. Social media, never quick to forget, reminded Ms Bhatt that she had referred to the late actor as "Sushant Singh Rajput, who?" on Karan Johar's chat show Koffee With Karan. There are also accusations of Mr Rajput being shut out of Bollywood's inner circle - he was never invited onto Koffee With Karan as a guest, for instance - despite starring in both hit films and acclaimed work such as Kedarnath, MS Dhoni: The Untold Story, Sonchiriya, Chhichhore and Detective Byomkesh Bakshy!

Nikhil Dwivedi shared a strongly-worded tweet on Sunday denouncing the industry's "hypocrisy" and writing of "High and mighty announcing they should have kept in touch with Sushant." Mr Dwivedi named no names but its easy to connect the dots to Karan Johar who posted a lengthy Instagram note blaming himself for not having kept in touch with Sushant Singh Rajput in the past year.

Abhinav Sinha tweeted about the "Bollywood Privilege Club" and refused to say more:

The Bollywood Privilege Club must sit down and think hard tonight.

PS- Now don't ask me to elaborate any further.

Ranvir Shorey had more to say about "inherited privilege" and how it works to create power centres which he calls "gatekeepers of Bollywood":

Both Mr Sinha and Mr Shorey are clearly singling out a certain set of Bollywood insiders, one who have been repeatedly accused of nepotism and favouritism - Karan Johar is an easy connection to make here yet again.

What is not clear is who Shekhar Kapur means in his tweet indicating inside information of Sushant Singh Rajput's life: "I knew the pain you were going through. I knew the story of the people that let you down so bad that you would weep on my shoulder. I wish I was around the last 6 months. I wish you had reached out to me. What happened to you was their Karma. Not yours."

The comments thread of all these tweets are filled with responses urging that the "gatekeepers of Bollywood' be named and shamed - this, however, is unlikely. As Anubhav Sinha wrote, "Don't ask me to elaborate any further."