Sushant Singh Rajput's Drive Producer Karan Johar Writes, "I Blame Myself For Not Having Been In Touch"

"We live in very energetic and noisy but still very isolated times," Karan Johar wrote in his eulogy for Sushant Singh Rajput 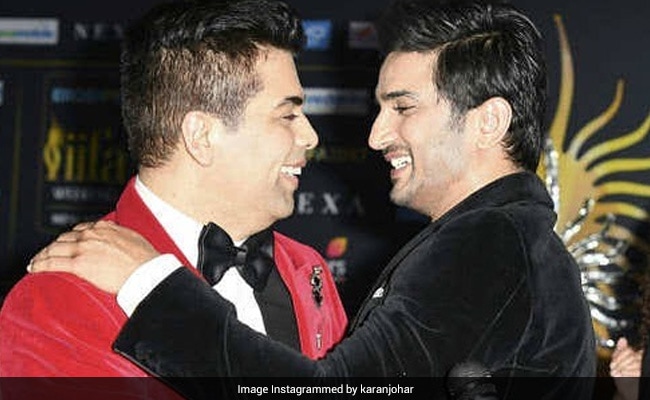 Actor Sushant Singh Rajput's tragic death on Sunday prompted filmmaker Karan Johar to look inwards. "I blame myself for not having been in touch with you for the past year," Mr Johar wrote on Instagram, adding "I have felt at times like you may have needed people to share your life with but somehow never followed up on that feeling, will never make the same mistake again." Mr Rajput, 34, was found dead at his home in Mumbai; police say he died of suicide and are investigating. No note was found, according to news agency PTI. Karan Johar noted that "we live in very energetic and noisy but still very isolated times, some of succumb to these silences and go within"; he also wrote that Sushant Singh Rajput's death had been a "huge wake up call."

Karan Johar produced the Netflix film Drive, which was one of Sushant Singh Rajput's last projects. "Will miss your infectious smile and your bear hug," Mr Johar wrote in his Instagram post.

In a tweet shared before the Instagram post, Karan Johar wrote, "This is heartbreaking. I have such strong memories of the times we shared... when the shock subsides, only the best memories remain."

A statement released by the actor's team on Sunday read, "It pains us to share that Sushant Singh Rajput is no longer with us. We request his fans to keep him in their thoughts and celebrate his life, and his work like they have done so far. We request media to help us maintain privacy at this moment of grief."

Sushant Singh Rajput's breakout role was in the Balaji TV soap Pavitra Rishta, which ran for five years. He then made his film debut in 2013's Kai Po Che! Mr Rajput was known for his work in movies such as the MS Dhoni biopic, Kedarnath and Detective Byomkesh Bakshy! Apart from Drive, he appeared in the films Sonchiriya and Chhichhore last year, both extremely well-received.