Before Shilpa Shinde embarks on her political journey, here's a recap of her tryst with showbiz 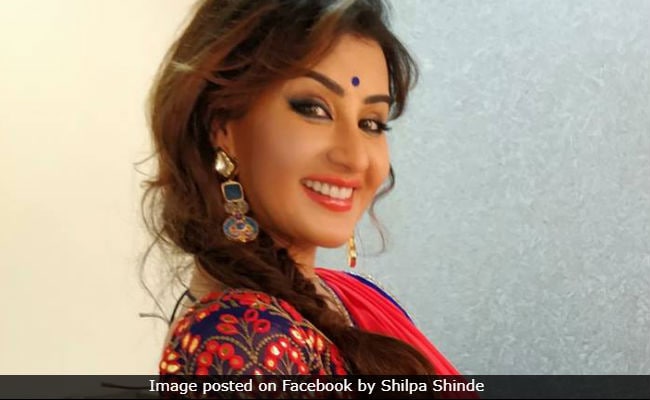 Actress Shilpa Shinde found a spot on Wednesday's list of trends after she announced that she will contest the upcoming Lok Sabha election on Congress ticket in Mumbai. Speaking to reporters at an event recently, Shilpa Shinde said: "Yeah. Right now, I am joining the party. Later, I will get a clear picture from (where) I am going to fight," reports news agency IANS. The actress famously starred in Bhabhi Ji Ghar Par Hai and won reality show Bigg Boss 11, after which she announced she won't appear on TV shows. Now, before Shilpa Shinde embarks on her political journey, here's a recap of her tryst with showbiz.

Shilpa Shinde is best known for her portrayal of Angoori Bhabhi in television show Bhabhi Ji Ghar Par Hai but she debuted on the small screen with 2001 show Kabhi Aaye Na Judaai, which aired for three years. She played titular roles in shows like Amrapali and Meher, and supporting characters in shows like Sanjivani, Devon Ke Dev...Mahadev and Waaris, among others.

However, Bhabhi Ji Ghar Par Hai is the show which made Shilpa a household name. Her exit from the show was quite dramatic too. She alleged that the producers of the show harassed her while the showrunners in turn accused her of violating the contract. After her ouster from Bhabhi Ji Ghar Par Hai, Shilpa Shinde was barred from featuring in shows by the Cine And TV Artistes' Association or CINTAA.

Shilpa Shinde returned to the small screen in 2017 on reality show Bigg Boss 11, which she eventually won, defeating actress Hina Khan of Yeh Rishta Kya Kehlata Hain. On the show, she came face-to-face with Vikas Gupta, whom she accused of spearheading her ouster from Bhabhi Ji Ghar Par Hai. After a rocky start on the show, Shilpa and Vikas briefly patched up barring a few fights here and there. After Bigg Boss 11, Shilpa Shinde frequently trended for her social media fights with Vikas Gupta and co-contestant Hina Khan.

Shilpa Shinde recently featured in headlines after she quit Twitter citing her fans' over-interference in her social media posts as the reason for her exit. Shilpa Shinde has an active Facebook account and a verified Instagram page.