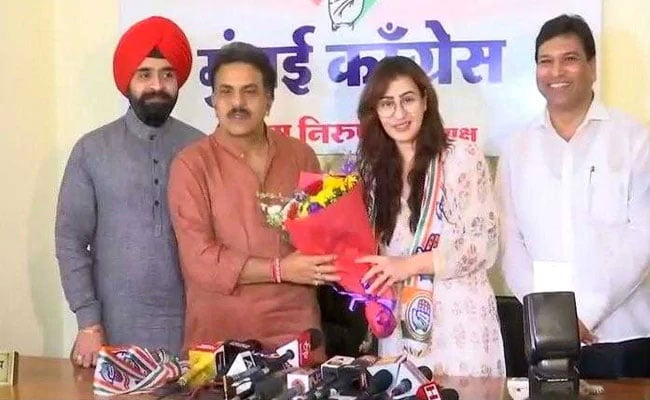 Shilpa Shinde said there will be a formal announcement about her joining the party.

Television actress Shilpa Shinde said on Tuesday that she will contest the upcoming Lok Sabha election on Congress ticket in Mumbai.

Asked if she will be contesting from Mumbai, she told the media: "Yeah. Right now, I am joining the party. Later, I will get a clear picture from (where) I am going to fight."

Shilpa Shinde said there will be a formal announcement about her joining the party.

Asked why she chose the Congress, she said: "I don't know, but my father was also in Congress. He was a good friend of Sharad Pawar and Sushil Kumar Shinde..."