Shehnaaz Gill, who said on Bigg Boss 13 that she loved Sidharth Shukla, is believed to have been with the actor when he fell ill 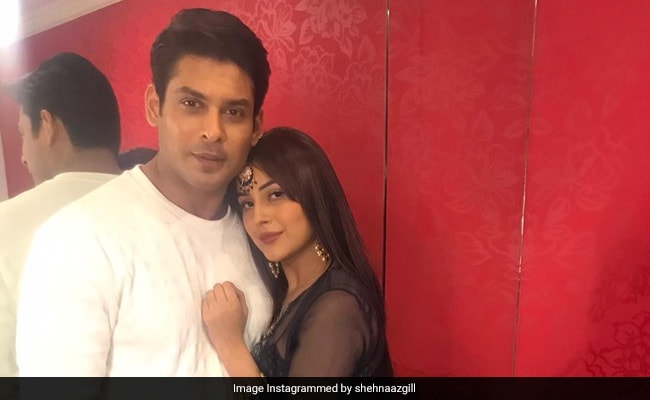 Sidharth Shukla's Bigg Boss 13 co-contestant Rahul Mahajan was among the celebrities who visited the actor's family after his death on Thursday. At Sidharth's home, Rahul Mahajan also met Bigg Boss alumnus Shehnaaz Gill, who was very close to Sidharth Shukla though they never officially acknowledged being a couple. Speaking to ETimes, Rahul Mahajan said of Shenaaz, "She had gone completely pale as if a storm had just passed by and washed away everything." Sidharth Shukla, who died of what initial reports suggested was a heart attack on Thursday morning, won Season 13 of Bigg Boss with Shehnaaz Gill as second runner-up. SidNaaz, as they were known to fans, recently released a docu-film on their Bigg Boss experience titled Silsila SidNaaz Ka and appeared on the reality shows Bigg Boss OTT and Dance Deewane 3 together.

Shehnaaz Gill, who said on Bigg Boss 13 that she loved Sidharth Shukla, is believed to have been with the actor when he fell ill. A source told ETimes that Sidharth told his mother and Shehnaaz that he was feeling uneasy the night before he died and that it was Shehnaaz who alerted his mother and sisters the next morning who then took him to hospital.

Speaking to SpotboyE yesterday morning, Shehnaaz's father said that he had spoken to her and that she was "not fine."

Mumbai's Cooper Hospital conducted a post-mortem on Sidharth Shukla last evening. A source told NDTV that "no external or internal injuries were found." The source added that a viscera analysis will establish the cause of the actor's death.