Seen This Million-Dollar Throwback Pic Of Tabu At The Golden Globe Awards? 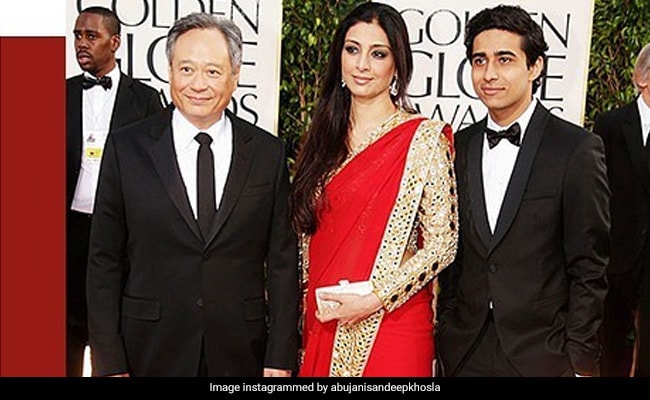 Abu Jani and Sandeep Khosla have been filling up our Instagram feed with some priceless pictures recently. The designer duo's fashion label completed 33 years this year, as a part of which they have been sharing several million-dollar pictures of our favourite stars and the latest addition to the collection is a throwback picture of Tabu at the Golden Globe Awards 2013. Tabu, who was present at the Awards for her film, Life of Pi picked an vermilion saree from Abu Jani Sandeep Khosla's collection. Tabu walked the red carpet with Oscar-winning director Ang Lee and Suraj Sharma, who played the lead role in the film Life of Pi.

Abu Jani and Sandeep Khosla described Tabu as a "pure Goddess" in their post and elaborated on her look. "Tabu was Pure Goddess in Abu Sandeep at the Golden Globes. The sultry screen diva whose movie, Life of Pi rocked the box office cast her spell on the Red Carpet in a breathtaking Abu Jani Sandeep Khosla ensemble," read an excerpt from their post.

2013: Leading ladies leading the way in Abu Jani Sandeep Khosla. Tabu was Pure Goddess in Abu Sandeep at the Golden Globes. The sultry screen diva whose movie, Life of Pi rocked the box office cast her spell on the Red Carpet in a breathtaking Abu Jani Sandeep Khosla ensemble. Her vermilion red sari offset with a jacket in their trademark mirror work. "This mirror work jacket was a revival of our vintage work in mirror from 1989. We teamed it with a sari in vermillion, the colour of India with a mirror work border. She carried the ensemble and herself to perfection, the way she always does" - Abu and Sandeep In 2013, Aishwarya Rai Bachchan played the perfect host along with her husband Abhishek at the amfAR Gala in Mumbai. She chose to wear Abu Jani Sandeep Khosla. The outift in cream georgette was a floor sweeping, flared sherwani with an elaborately embroidered zardozi bodice and waist.The tone on tone resham embroidery was accented with heavy gold zardozi embroidery from knee to hem. The stole was banarasi net and edged with intricate borders. She was an absolute vision. @tabutiful @aishwaryaraibachchan_arb @bachchan #33YearsOfAJSK . . . #abujanisandeepkhosla #abujani #sandeepkhosla #journey #memories #milestones #highlights #anniversary #design #craftsmanship #classic #handmade #handembroidery #leadinglady #tabu #aishwaryaraibachchan #abhishekbachchan #goldenglobe #sari #mirrorwork #jacket #amfargala #zardozi #banarasi #intricate

Tabu played the role of Gita Patel, Pi's mother in the film, which also starred Irrfan Khan. The film was based on Canadian author Yann Martel's novel of the same name, which showcased the journey of a young boy who survives a storm and is left on a life-boat with a tiger.

The designer duo also shared a picture of star couple Aishwarya Rai Bachchan and Abhishek Bachchan at the amfAR Gala in Mumbai, held in 2013. The actress wore a floor sweeping cream georgette flared sherwani with an elaborately embroidered zardozi bodice and waist. 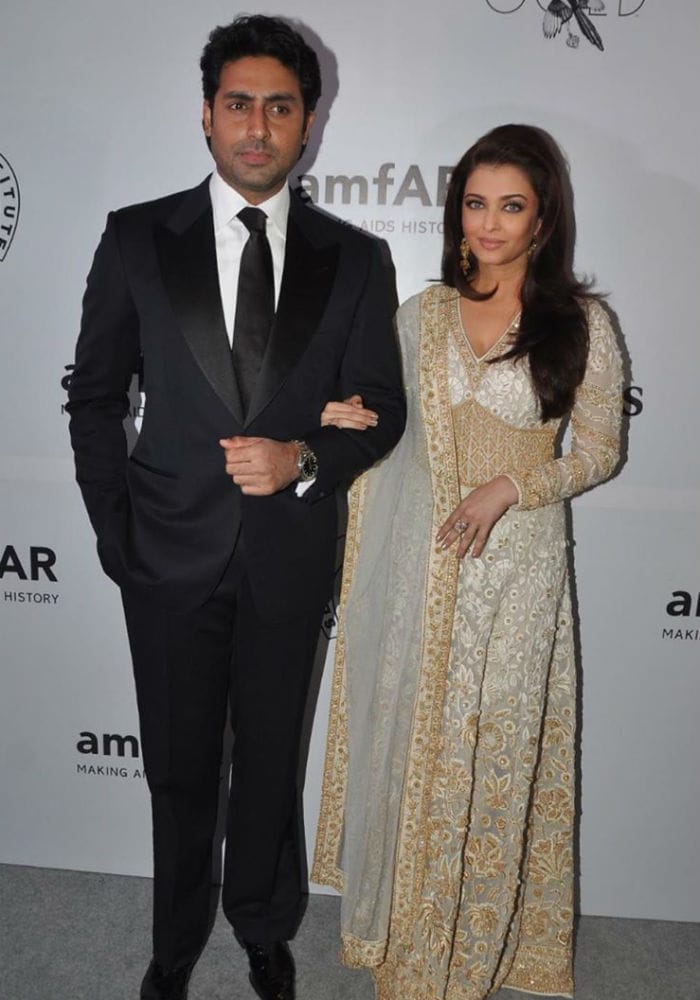 Bollywood stars swear by Abu Jani and Sandeep Khosla's designs. The designer duo were the official wedding couturier for Shweta Bachchan Nanda's wedding, pictures from which they have been actively sharing on Instagram.