Seen This Cute Pic Of Aishwarya And Abhishek Bachchan With Daughter Aaradhya Yet?

In the photo, Aishwarya Rai Bachchan looks stunning in a red embroidered lehenga 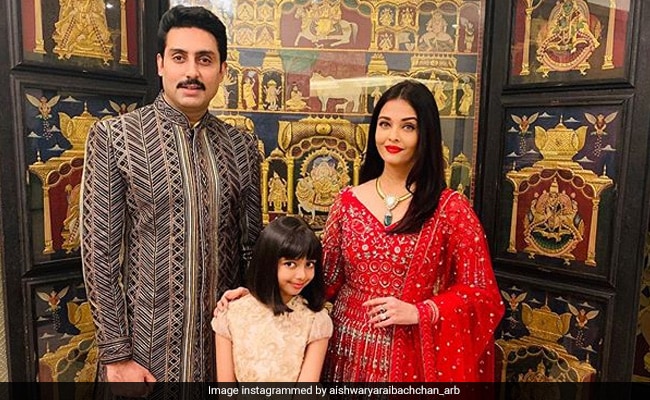 Midweek blues got you down? We bet this adorable family picture of Aishwarya Rai Bachchan, Abhishek Bachchan and Aaradhya will cheer you up. The actress shared a really cute photo of herself, Abhishek and Aaradhya on Tuesday. No caption needed. In the picture, Aishwarya Rai Bachchan looks stunning in a red embroidered lehenga, which she paired with blood-red dupatta. Abhishek, on the other hand, looks dashing in a black-and-gold printed sherwani. There are not enough words to describe Aaradhya's cuteness. The expressions of the little girl, dressed in a frock, make the picture perfect. Excited to see Aishwarya Rai Bachchan's post? Check it out:

A post shared by AishwaryaRaiBachchan (@aishwaryaraibachchan_arb) on Nov 19, 2019 at 6:31am PST

A couple of days ago, the Bachchans celebrated Aaradhya's 8th birthday in the most lavish way. The event attended by several Bollywood stars such as Shah Rukh Khan, Sonali Bendre, Riteish Deshmukh, Karan Johar among others. 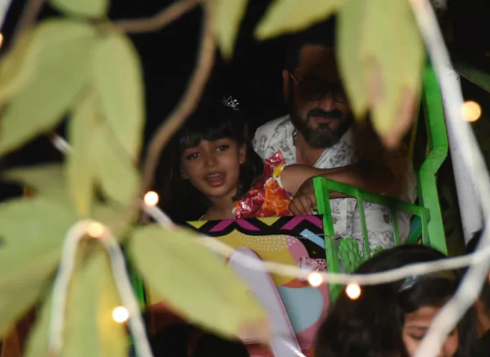 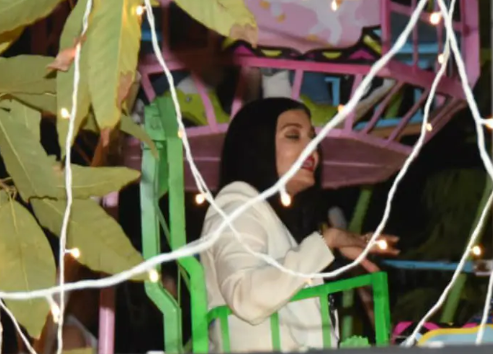 Aishwarya Rai Bachchan married Abhishek Bachchan in the year 2007. The couple welcomed their daughter Aaradhya in 2011. Aishwarya frequently shares pictures of herself and Aaradhya on social media. We have handpicked a few for you. Take a look:

A post shared by AishwaryaRaiBachchan (@aishwaryaraibachchan_arb) on Nov 1, 2019 at 10:13am PDT

A post shared by AishwaryaRaiBachchan (@aishwaryaraibachchan_arb) on Nov 1, 2019 at 8:19am PDT

A post shared by AishwaryaRaiBachchan (@aishwaryaraibachchan_arb) on Oct 21, 2019 at 3:35am PDT

A post shared by AishwaryaRaiBachchan (@aishwaryaraibachchan_arb) on Sep 28, 2019 at 5:29am PDT

On the work front, Aishwarya Rai Bachchan was last seen in the 2018 musical film Fanney Khan, co-starring Anil Kapoor and Rajkummar Rao. She recently dubbed for the Hindi version of Disney's Maleficent: Mistress Of Evil. Abhishek Bachchan's last release was Manmarziyaan. He also voiced the character of Bagheera in the Hindi version of Mowgli: Legend of the Jungle. His upcoming projects are The Big Bull and an untitled film by Anurag Basu.