Priyanka Chopra and Nick Jonas are spending quality time in Italy after the Jophie wedding. 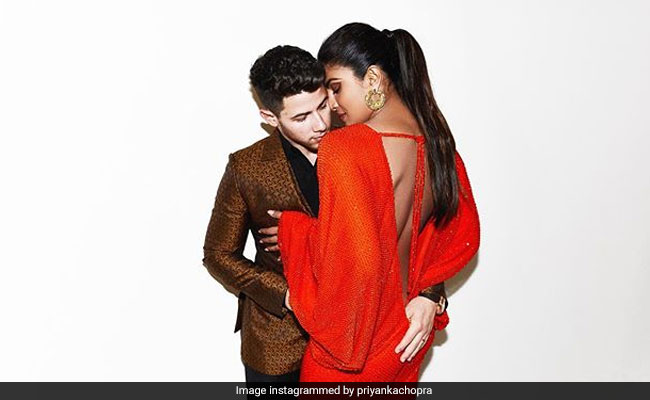 Priyanka Chopra and Nick Jonas occupied a top spot on the list of trends on Sunday as the Internet chanced upon a really romantic video of the celebrity couple dancing hand in hand to slow music. The duo, who are enjoying their extended holiday in Tuscany after the Jophie wedding, can be seen embracing each other's company in the clip. What makes the video more special is the heavenly sunset in the background, making the whole scenario picture perfect. In the video, Priyanka and Nick can be seen dancing to a romantic song playing in the background as the sun sets behind them. While Nick can be seen wearing t-shirt and denims, Priyanka is looking chic in a short black dress.

Nick captioned the video in quite a different style. He used the icon of Italy's flag along with a heart emoji. Over eight lakh Instafam liked the video in few hours and flooded the post with adorable comments such as "When the couple are even more beautiful than the scenery," and "Hottest couple ever" but more on this later.

Reacting to the post, Priyanka dropped a romantic smiley emoji in the comments section.

It seems like the couple's fans can't get over the post as they flooded the post with several cute comments. "Cutest couple," wrote one Instagram user while other commented: "They are so perfect." "When the couple are even more beautiful than the scenery," read the comment of another Insta user.

In his previous post, Nick shared glimpses from their date night in Italy, in which Priyanka and Nick could be seen making pasta (actually, many forms of pasta). Here is the post we are talking about:

Priyanka Chopra and Nick Jonas jetted off to Italy after spending the weekend celebrating Nick's brother Joe Jonas' wedding to Sophie Turner. Joe and Sophie got married in France over the weekend after their impromptu wedding in Las Vegas in May.

On the work front, Priyanka awaits the release of The Sky Is Pink while Nick will take off for a multi-city 'Happiness Begins' tour with his brothers Joe and Kevin.