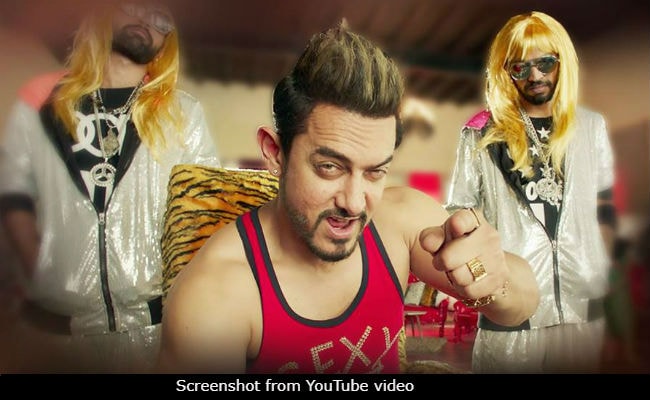 New Delhi: Aamir Khan's Secret Superstar released on Diwali to great reviews and expectedly less footfalls. The movie got a low opening but expected to draw in more viewers soon because word of mouth is great, trade analyst Taran Adarsh tweeted on Friday. "Expectedly, Secret Superstar has started slow... Exactly like Taare Zameen Par [2007]... But word of mouth is super-strong," he wrote. In a separate tweet, he added: "Although biz is generally low on Diwali day, Aamir's decision to release Secret Superstar on Diwali day itself did raise eyebrows." Secret Superstar, which casts Dangal girl Zaira Wasim as the protagonist, has been joined by Ajay Devgn's Golmaal Again at the box office today.

Although biz is generally low on Diwali day, Aamir's decision to release #SecretSuperstar on Diwali day itself did raise eyebrows...

Expectedly, #SecretSuperstar has started slow... Exactly like #TaareZameenPar [2007]... But word of mouth is super-strong...

Mr Adarsh also tweeted to say that Secret Superstar has opened to some 2840 screens, which is less by a thousand screens Golmaal Again has occupied.

It appears that Aamir might continue to have sleepless nights. Ahead of the film's release, he admitted to being extremely nervous:

Promoted
Listen to the latest songs, only on JioSaavn.com
In his review for NDTV, Raja Sen, who has assigned three and a half stars to the movie, writes: "Aamir Khan has a blast in this sweet and simple film about a young girl who dares to dream." Zaira Wasim plays the titular protagonist while Aamir's hatke role is that of a Bollywood music producer. "Aamir plays a part that is completely different and is outstanding! What tremendous comic timing! One of his best," tweeted Karan Johar, adding "Zaira Wasim and Meher Vij are absolutely fantastic in Secret Superstar... they are pitch perfect and will move you to tears ...SUPERB!"

Secret Superstar is helmed by Advait Chandan, who made his debut as a director with this film.
Comments
secret superstarFilm ReviewAamir khan

This Pic Of Mira Rajput Sums Up Her "Baby Hair" Problems