Aamir's Khan's co-star Nawazuddin Siddiqui, who watched Secret Superstar during a special screening, said that he's happy that the actor played a different character like this 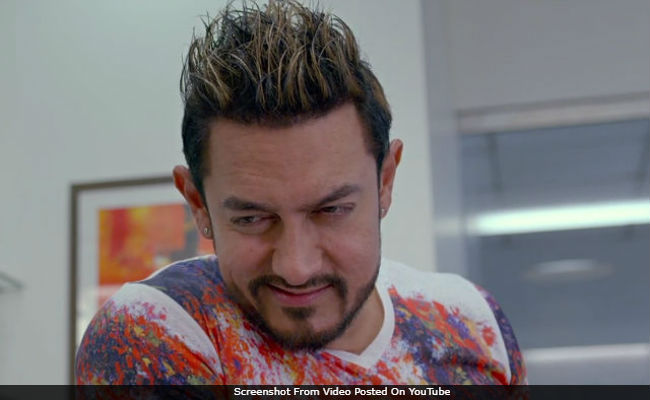 New Delhi: Aamir Khan plays a music composer Shakti Kumaarr in Secret Superstar, the actor's Diwali offering. Aamir's role is very different from what he did in his previous film. The kind of role which his wife Kiran Rao didn't approve of initially. However, Aamir's Talaash co-star Nawazuddin Siddiqui, who watched Secret Superstar during a special screening, said that he's happy that the actor played a different character like this, reports news agency IANS. Nawazuddin, who believes that actors 'shouldn't be conscious about an image,' said, "He (or she) should be able to play any character. I am very happy that Aamir Khan played a character like this. Earlier, actors were image conscious but now things are changing and they are trying to experiment with their roles."

Secret Superstar features Aamir's Dangal co-star Zaira Wasim as the lead Insia, an aspiring young singer, whose dreams are not supported by her conservative father. However, Shakti Kumaarr helps her in achieving her dreams and passion of becoming a singing superstar.

Of Shakti Kumaarr, Kiran Rao, who is the co-producer of Secret Superstar, said that she thought the character was 'creepy' and the "kind of a guy you don't want to hang out alone in the room with." "I told him please don't do it, you just did Dangal, you were playing a father in it," PTI quoted Kiran as saying.

Even Dangal director Nitesh Tiwari is impressed with Aamir's role as Shakti Kumaarr. "I'm not saying this because I have worked with Aamir sir, but it's genuinely a really nice movie. Shakti's character is completely opposite Aamir sir's character in real life. His onscreen character is very quirky and cheap, but from inside, he has a very soft heart and he guides Zaira's character in the film.

Promoted
Listen to the latest songs, only on JioSaavn.com
Secret Superstar, directed by Advait Chandan, releases on Thursday (October 19).