Aamir Khan Reveals How 'Crazy' His Secret Superstar Transformation Was

"The character I am playing in the film, flirts with girls and has all bad qualities one could think of," said Aamir Khan 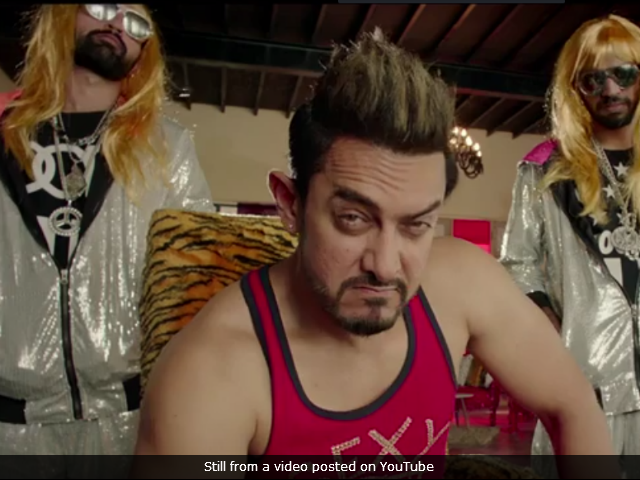 New Delhi: Aamir Khan, who is all set for his upcoming film Secret Superstar, which releases this Diwali, posted a video on Twitter, in which he shared his transformation for the film. Aamir shared how he changed from the 'sincere and principled' Mahavir Phogat from his blockbuster hit Dangal to the 'outrageous' Shakti Kumaarr for his role in Secret Superstar. Of his character in the film, the 52-year-old actor wrote that this is one of his toughest roles. "The character I am playing (Shakti Kumaarr) in the film, flirts with girls and has all bad qualities one could think of," Aamir said in the video he posted.

The Taare Zameen Par star also said, "It is very important for me to catch the character's state of mind and thinking." The video also shows how Aamir's look in the film was finalised. He added that he really enjoyed playing a 'crazy' character like Shakti Kumaarr in Secret Superstar.

Take a look at the video posted by Aamir Khan and know more about his character in Secret Superstar here:

One of my toughest roles! https://t.co/3ZysCZHz1w

Of Aamir's character in the film, the makers had same same but different opinions. Aamir's wife Kiran Rao, who is also the producer of the film, said, "He is a music director, who is having a bad time. Such characters are not written on a daily basis."

Actress Zaira Wasim, who earlier shared screen space with Aamir in Dangal, features in the lead role as Insia in Secret Superstar. In the video, she commented on Aamir's 'weird shoes and jeans' he wears for the film.

The film's writer and director Advait Chandan said, "In his (Aamir) personal life, he is very simple and organic. I think for him to wear tight T-shirts was a little weird."Secret Superstar's choreographer Sanya Malhotra called the character an ill-mannered person, who does not know how to talk to people.