Secret Superstar Movie Review: The movie is for every mother, daughter and human being who loves and relates to Bollywood melodrama. 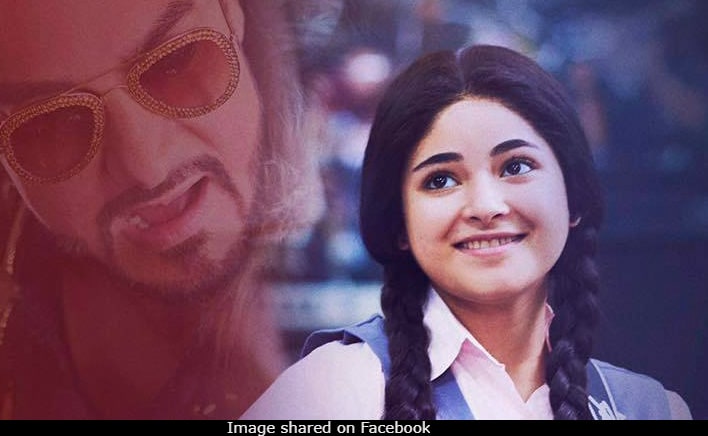 Let us get the quibbles out of the way first. Secret Superstar, written and directed by debutant Advait Chandan, is a bit like an over-enthusiastic child gifted a new bicycle. It never takes the foot off the pedal. The overlong film could have done with more restraint. It frequently seems to get carried away by the urge not to miss any trick in the book. But who cares when the sentiments with which it informs the emotionally charged story of a 15-year-old Vadodara girl who dreams of miracles for herself and her mother, is, in the end, so well-orchestrated?

There is no great secret here: Secret Superstar is for every mother, daughter and human being who loves and relates to Bollywood melodrama. The film taps the genre to narrate a compelling, if familiar, tale. The portrayal of the world of a middle class Muslim family in which the women still have to subscribe to strict social codes is strikingly heartfelt. At times, it isn't subtle. The man of the house, an itinerant engineer, is given to flying off the handle, leading to the women being subjected to verbal and physical violence. 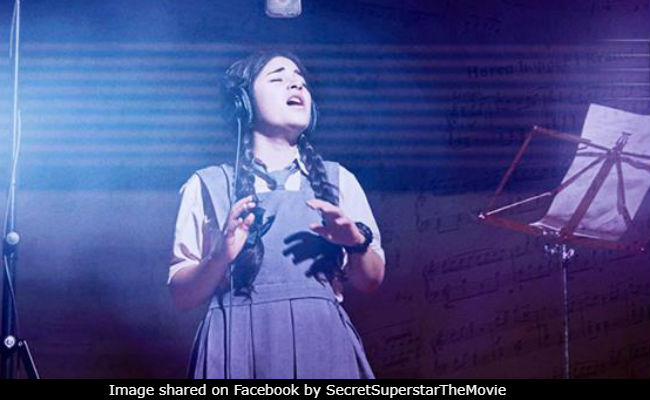 The grouchy, perennially distracted man returns home from an official trip. The wife opens the door. He asks: Guddu kaisa hai (How is Guddu)? Guddu is the couple's only son. It is as if the daughter has no existence, which obviously makes her battle to assert herself and chase her goal all the more bitter. Nothing new there either.

On the positive side, the script takes recourse to no conventional signifiers to underscore the religious identity of the Malik family of Vadodara, barring the burqa that is fished out of the cupboard for the daughter to conceal her personal 'identity' in the youtube videos that turn her into an overnight singing sensation. She seeks widespread recognition for her talent but her orthodox father will have none of it. It is an uphill battle for the girl and her empathetic and actively supportive mother, but we know that dreams do come true in Bollywood fantasies.

Parts of Secret Superstar touch the very pinnacle of the form of storytelling that defines the Mumbai movie mainstream. You may nitpick to your heart's content over the way Secret Superstar pans out, but this film will sure steal your heart. Okay, if the film as a whole doesn't, the magnificent Zaira Wasim certainly will. And if even she doesn't, just let your dil do the thinking. Chances are that you will go home happy as a king or a queen, as the case may be. Yes, Secret Superstar is the sort of film that disarms you at entry and quickly pushes you into a frame of mind that allows you to readily pardon its length, clichés and overly broad brushstrokes.

The melodramatic business of a young girl rebelling against the conservatism of her dad, a mother trapped in an unhappy marriage and battered black and blue by an abusive husband, and a small-towner's musical journey driven by passion, ambition and self-belief is at the heart of Secret Superstar. The film's overt theatricality is adeptly offset by the lightness and playful quality brought to the table by the figure of a brash, flamboyant, twice-divorced, ostracized-by-the-industry music director who pretends to be more cocky and carefree than he actually is.

Aamir plunges into Shakti Kumaarr - double 'a' and double 'r' in place in an obvious dig at the Mumbai movie industry's fetish for numerology - with unabashed glee, which is expressed most riotously in an end-credits 'item' number in which the star shakes a leg with abandon. 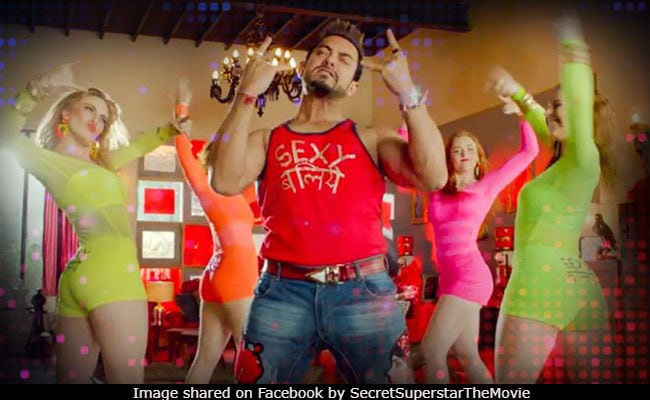 This is typical of Aamir Khan: he does not hog the spotlight though he does dominate many a scene with his flashy clothes and the to-hell-with-you demeanour. Shakti Kumaarr isn't the principal agent of change in the life of Insia Malik, a high schoolgirl whose voice travels far and wide and sets off a chain of events that raise hopes of liberation. She is a feisty, rebellious girl who goads her mother to take a stand against domestic violence. It is her financially dependent but ever-positive mother, Najma (Meher Vij), who is the girl's guide and mentor despite that horrors that she has to confront as the wife of a violent boor (played with cold efficiency by Raj Arjun).

"Mujhse maang lena, zindagi se nahin," the mother says to Insia when she expresses a desire for something that appears to be beyond the ken of the possible. Secret Superstar is a story of dreams, disappointments, little revolts and terrible blowbacks that will make you laugh and cry and transport you to a fuzzy, warm zone.

A tremulous teenage love story is dovetailed into the screenplay. Insia's unassuming classmate Chintan Parekh (Tirth Sharma) makes no bones about the soft corner that he has for her. Despite her initial reservations, he becomes her best friend and most trusted accomplice when she dares to break free from her shackles. Through the character of Shakti Kumaarr, the film takes good-humoured swipes at the ways of the music industry, award shows and the entertainment media. But Secret Superstar never loses sight of its principal purpose: lending heft and height to a daughter's derring-do and a mom's mutiny. It achieves that end not the least because of the magic that the perfectly cast Zaira Wasim and Meher Vij - the duo could pass off as daughter and mom in real life - rustle up.

Promoted
Listen to the latest songs, only on JioSaavn.com
Zaira is an absolute treat - a bundle of miracles! As for the wonderful Meher Vij, one can only ask: where was she all these years? We hope to see more of her on the big screen.

Secret Superstar is a winner notwithstanding the bumps along the way.