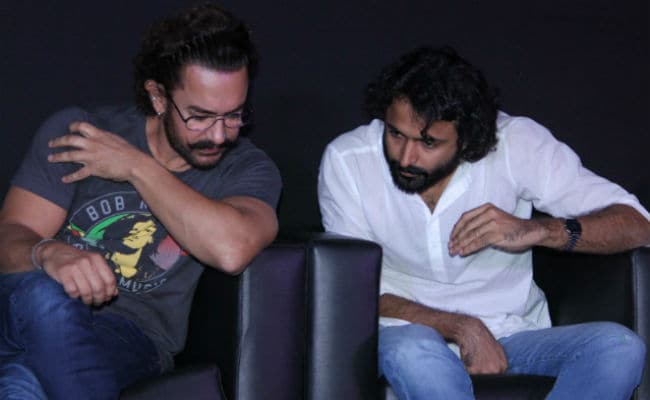 New Delhi: After Dangal, Aamir Khan is presenting yet another film with co-star Zaira Wasim this October. Titled Secret Superstar, the film is headlined by Zaira and Aamir stars in a small but pivotal role. Directed by Advait Chandan, Secret Superstar is a film about an aspiring singer, played by Zaira, whose dreams are not supported by her father. However, enter Shakti Kumaarr (Aamir Khan), who helps her in building her dreams. During a press interaction, Aamir revealed that how his words (which he had forgotten) inspired Advait to make Secret Superstar. In the film, the 52-year-old superstar plays a music composer, who mentors Zaira's character.

Recalling the incident, Aamir said that a father, extremely concerned like every parent, had brought his son to him so that the actor could speak to him regarding life. He asked Aamir to tell the kid to study hard and become successful as he would listen to him. Aamir said, "The kid was looking normal to me. At age of five, we can't really teach him lessons about life and I told his dad, 'don't worry, kids are like bubbles, they'll come up on their own. Parents shouldn't worry.' This line (kids are like bubbles, they'll come up on their own) Advait remembered, I had forgotten, and on the basis of that, a full film was made." (Ek line pe humne puri picture bana di," he quipped).

Of his character Shakti Kumaarr, which Aamir's wife Kiran Rao earlier described as 'creepy,' he said, "It's a difficult role for me as I had to feel character. Shakti is like I'm the best and so this feeling had to come from within as usually, I don't feel the same. I am always questioning my own work. So, my natural instinct is to be critical of myself and this guy's (Shakti's) natural instinct is to not be critical of himself."


Aamir considers co-star Zaira Wasim as an 'inspiration' for many. Zaira played the younger version of wrestler Geeta Phogat in the Dangal while Aamir played her father Mahavir Singh Phogat. "Someone like her is a great icon for youth across the country. There are so many talented kids in our country who come from small towns to make a place for themselves and she symbolises all of them. Zaira is not from Mumbai but managed to come here and make a mark for herself in Dangal and now in Secret Superstar, where she's playing the lead," said Aamir adding she's a 'hope' for lot of young kids across the country. Zaira even won a National Award this year for Dangal.

Promoted
Listen to the latest songs, only on JioSaavn.com
Meanwhile, director Advait Chandan, who has assisted Aamir in films like Taare Zameen Par and Dhobi Ghat as part of Aamir Khan Productions, said he never makes you feel that you are working with a superstar. "You hang out with him for 10 minutes and you forget that you are with a superstar whom you have been watching on screen for so many years," he told the press. Advait was previously associated with Aamir's wife Kiran Rao and worked with her as a production assistant for her directorial debut Dhobi Ghat. Advait has also managed Aamir and now, he directed the actor in Secret Superstar. "Aamir is never patronising. He doesn't talk down to you and just of these things, gives you self-confidence," Advait said. To which, Aamir replied, "We are all equal."