"Arriving with a solid punch of entertainment," wrote Karan Johar 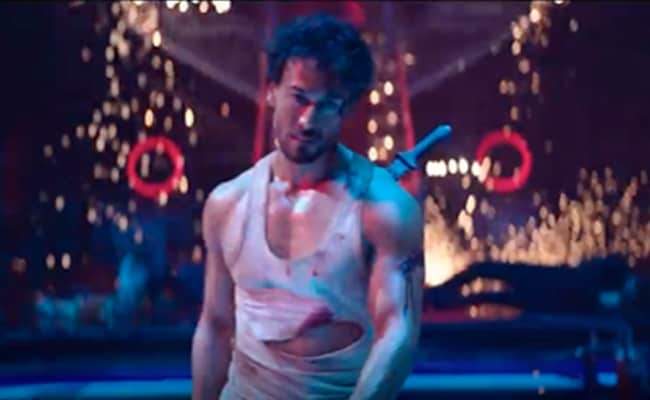 As promised, Karan Johar has dropped a dhamakedar video on his Instagram handle announcing a new action movie Screw Dheela, starring Tiger Shroff. The movie will be directed by Shashank Khaitan. In a short clip, a man can be seen beating Tiger Shroff, while he innocently protests that he is a PT teacher from India, and they are mistaken: "Sir, I am a PT teacher from India Akhilesh Mishra, Apko koi galat fehmi hui hai (You are misunderstanding)." However, the scene changes when he hears a woman (who is also held as a hostage) calling him Johnny. He starts fighting and can be seen engaging in some serious action. The teaser ends with a man asking, "Who are you". The makers have not revealed the actress, but reports have been doing rounds on the internet that Rashmika Mandanna has been roped opposite the actor. Sharing the post, Karan Johar captioned it as, "Arriving with a solid punch of entertainment, super excited to present Tiger Shroff in #ScrewDheela, directed by Shashank Khaitan in an all new world of action!!".

Soon after Karan Johar shared the post, fans flooded the comment section. A user wrote, "Omg. That looks like such a great movie! He kicked butt with a knife in his shoulders!," while another wrote, "Excited Shashank sir will bring out the best in tiger can't wait".

Meanwhile, Tiger Shroff and Rashmika Mandanna have been creating a heavy buzz on the internet ever since they featured in an advertisement together. Fans have been hoping that they both might work together in Screw Dheela. However, the makers are yet to announce the heroine of the film.

On the work front, Shashank Khaitan will also be directing Karan Johar's backed project Bedhadak, starring Shanaya Kapoor, Lakshya Lalwani and Gurfateh Pirzada. The movie marks the big Bollywood debut of Shanaya and will go on the floors early next year. On the other hand, Karan Johar is busy with his directorial movie Rocky Aur Rani Ki Prem Kahani, starring Alia Bhatt and Ranveer Singh in lead roles.