Yes, Rashmika Mandanna And Tiger Shroff Shot Together. "The Rumours Were True"

"You killed it as always," Tiger wrote for Rashmika 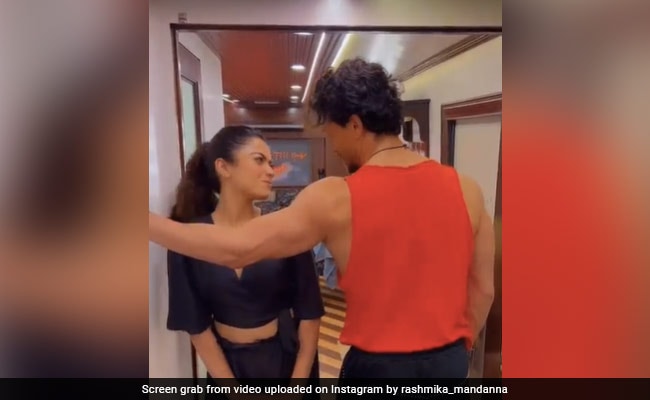 Rashmika Mandanna shared a fun boomerang video with Tiger Shroff on Monday and it has become a viral clip on the Internet. Rashmika and Tiger collaborated for a commercial. In the clip, shared on Rashmika's Instagram story, the actress is wearing a co-ord set while Tiger wears a sleeveless red t-shirt and track pants. Atop the image, Rashmika shared what it was like working with the War actor. "The rumours were true you guyssss.. lol!! Tiger Shroff and I just shot for an ad. Working with Tiger was absolute (many fire emojis). Look forward to it," she wrote.

Tiger shared Rashmika's post and added: "Haha what a fun shoot! You killed it as always!" He also dropped a few hug and star emojis.

Take a look at their posts below: 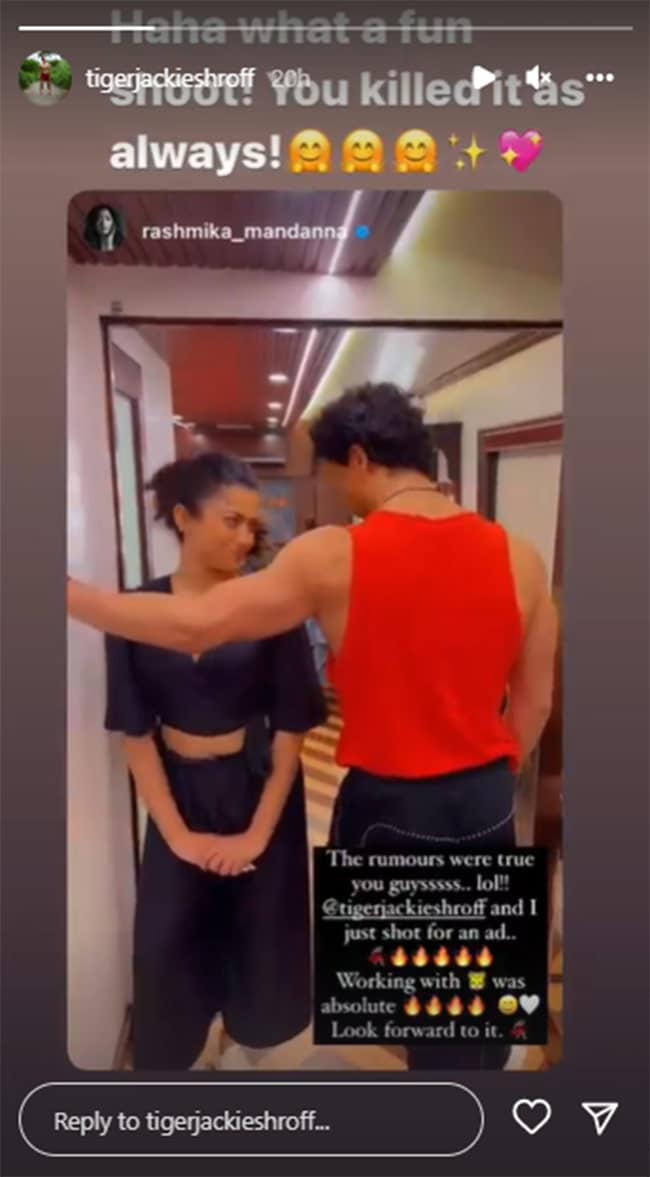 Rashmika is going to debut in Bollywood with Sidharth Malhotra's Mission Majnu, directed by Shantanu Bagchi. The first look poster of the film featured Sidharth Malhotra holding a gun, with a map of India and Pakistan in the background. Another project in her line-up includes Sandeep Reddy Vanga's Animal with Ranbir Kapoor. Later, Rashmika will also feature in another Hindi film by director Vikas Bahl, titled Goodbye co-starring Amitabh Bachchan and Neena Gupta.

Last month, Rashmika shared pictures with the cast and crew of Goodbye. A part of her elaborate note read: "Amitabh Bachchan sir.. I am so so glad and so so grateful I got to do this film with you.. you are the world's bestest man ever! #vikasbahl .. thankyou for this.. god knows what made you believe in me to make me a part of such a special film, I just hope I've made you feel proud so far. Neena Gupta, you are the cutest! I miss you."

After the blockbuster success of Pushpa: The Rise with Allu Arjun, Rashmika will star in the second film, titled Pushpa: The Rule. Tiger, on the other hand, will feature in Ganapath alongside Kriti Sanon.