Koffee With Karan 7: Karan Johar, "Flag Bearer Of Nepotism." This Time, He Said It

The return of the 'N' word 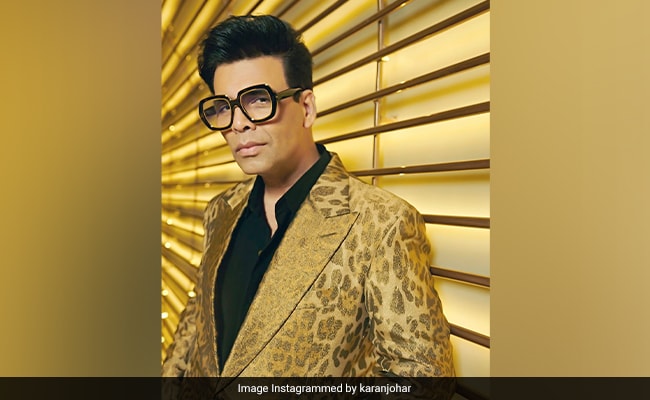 Karan Johan on the sets of the show. (courtesy: karanjohar)

The N word (as in nepotism) always finds its way back to the Koffee With Karan couch and so it did on today's episode as well. After introducing tonight's guests Akshay Kumar and Samantha Ruth Prabhu, Karan Johar jokingly referred to himself as the "flag bearer of nepotism." After a couple of candid conversations about Samantha and Akshay's personal life as well as career, KJo said, "I have to address the N word." He asked Samantha about the nepotism scene in Hyderabad and said that celebrities are related to each other in a way. Samantha's reply to this was: "I think it differs from apple to apple. Nepo kids or non-nepo kids, everyone comes with their own demons and their own demons to face. It is as simple, once you are in the game, even if your father is the coach, he is still standing on the sidelines. There is nothing he can possibly do for you to win the game. There is divine intervention and the ball is always in the audience's court."

When Akshay Kumar was asked, "Do you think you combatted nepotism?" He said that when he came in the industry, he did not even know the meaning of nepotism. "I didn't even know meaning of nepotism. I asked my wife (Twinkle Khanna) then she explained it to me. Then I saw the whole fighting. When I came in the industry, I had no idea, I just wanted to earn money." He also recalled the time he was teaching martial arts and was making Rs 5000 per month but when he got an advertisement, he got paid Rs 21,000 for two hours of work. It was then that he decided to make money and pursue acting.

Karan Johar later joked and said, "Nepotism made me a jaani dushman. It is a brand now." He later added, "I have grown to accept it" referring to the continuous trolling.

The debate on nepotism started on the Koffee With Karan couch itself, after Kangana Ranaut labelled Karan Johar as the "flagbearer of nepotism," when she made an appearance on his chat show in 2016.