Koffee With Karan 7: Samantha Ruth Prabhu On Ex-Husband Naga Chaitanya - "If You Put Us In A Room..."

Samantha Ruth Prabhu was at her unfiltered best 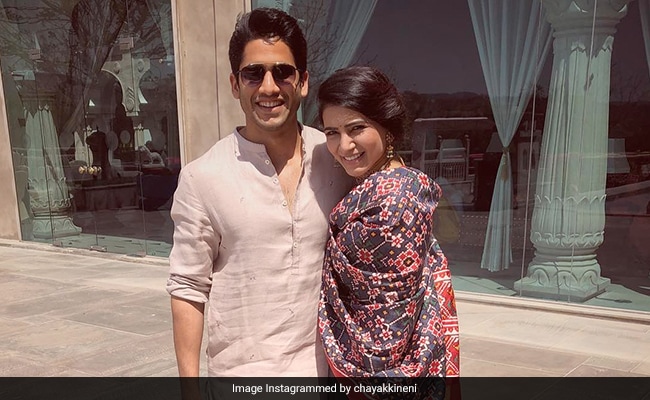 A throwback of Samantha and Naga Chaitanya. (courtesy: chayakkineni)

Tonight's episode of Koffee With Karan7 was rapid and full of fire and we don't just mean one segment in particular. Samantha Ruth Prabhu made her Koffee With Karan 7 debut count and how. During the episode, Samantha talked about her relationship with ex-husband Naga Chaitanya, the rumours about her and more. When the show's host Karan Johar referred to Naga Chaitanya as her "husband," Samantha immediately corrected KJo and said that it is "ex-husband." Kjo then asked The Family Man 2 star if they are amicable (she and Naga Chaitanya), Samantha said, "You mean if you put us both in a room, you'd have to hide sharp objects? Yes, as of now." However, she later added, "but it maybe sometime in the future".

When KJo asked Samantha about the social media trolling that she had to face after separating from  the actor, she said, "So, I couldn't really complain about it because I chose that path, I chose to be transparent and I chose to reveal a lot of my life. And, when the separation happened, I couldn't be too upset about it because they invested in my life and it was my responsibility to have answers which I didn't at that point of time. I think I came out of it okay, better than okay."

Asked how she is doing now, post the separation, the superstar said, "It has been hard but it's good now. It's fine. I am stronger than I have ever been."

Conversations about Samantha Ruth Prabhu's relationship seemed to be a dominant topic on the show. Samantha also revealed that KJo already asked about her relationship and divorce to her off camera.

Samantha, during the episode, was asked about the most bizarre rumour she heard post her divorce. Samantha stated that there were news reports about her that she took Rs 250 crore as alimony. She even joked about waiting for Income Tax officials after the reports on her alimony surfaced.

When Karan prompted Samantha to talk about  her marriage, the latter joked, "I have a bone to pick with you Karan. You are the reason for unhappy marriages. You have portrayed life to be K3G (Kabhi Khushi Kabhie Gham). In fact, the reality is KGF."

Samantha Ruth Prabhu and Naga Chaitanya, co-stars of films like Manam, Ye Maaya Chesave and Autonagar Surya, got married in 2017. The stars announced their separation on social media in a joint statement last year.

Koffee With Karan 7: Samantha Ruth Prabhu On Why She Said Yes To Oo Antava And The Family Man 2