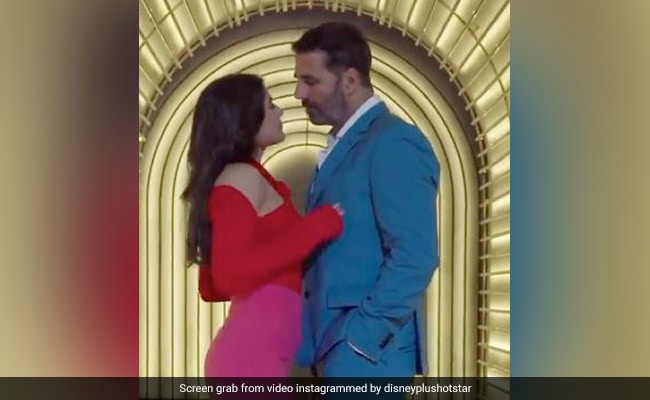 This new video of two superstars dancing together is making the wait for Koffee With Karan 7 episode all the more difficult. We are talking about Samantha Ruth Prabhu and Akshay Kumar. A new video posted by the official Instagram handle of Disney+Hotstar features the stars dancing to the super famous Pushpa track Oo Antava Oo Oo Antava, which features Samantha and Allu Arjun. The caption on the post read: "The cool and the killer raising temperatures in the house!Koffee With Karan S7 episode 3 streaming on 21st July." Excited much?

Samantha Ruth Prabhu trended big time when the trailer of Karan Johar's talk show Koffee With Karan 7 released. In the trailer, The Family Man 2 star told show's host Karan Johar: "You are the reason for unhappy marriages. You have portrayed life to be K3G (Kabhi Khushi Kabhie Gham). In fact, the reality is KGF."

Check out the promo video here:

On the professional front, Samantha Ruth Prabhu will soon work with Downton Abbey director Philip John in a project titled Arrangements Of Love. In the film, Samantha will play the role of a bisexual character, who runs her own detective agency. The actress was last seen in Kaathuvaakula Rendu Kaadhal, costarring Vijay Sethupathi and Nayanthara. She will also star in the film Shaakuntalam.